These Amazing Airport Sleeping Pods Are Like Mini Hotel Rooms

Everything goes better with a nap, even waiting for a flight. 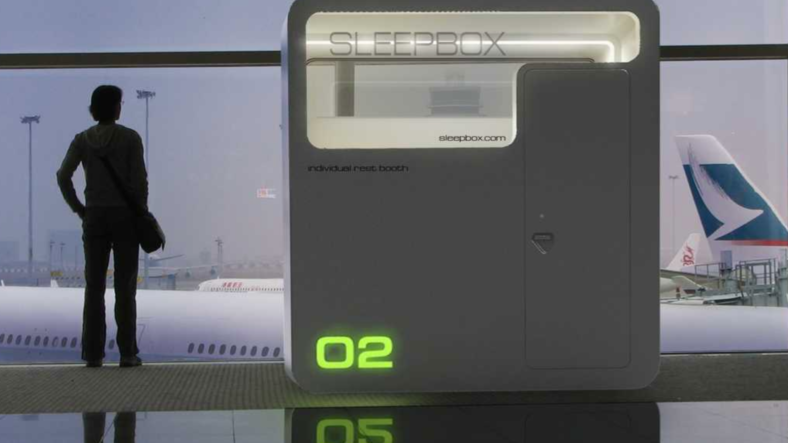 Every traveler has, at least once, found themselves nodding off in an airport while on an overlong overlay. But there are few places less friendly to stretching out and taking a snooze than air terminals. The folks behind Sleepbox Hotels may have solved this problem.

Just in time for the exhausting holiday travel season, Sleepbox is ready to roll out their tiny rooms at various airports nationwide, beginning Dec. 7 with a location inside (post-TSA) Terminal A in Washington’s Dulles International Airport.

Guests will need that app for making reservations but also for setting the temperature and controlling the lighting options and the wireless entertainment system in their rooms.Dulles is the first airport to get a Sleepbox micro-hotel, but Chambers says Sleepbox is already in talks with a few other large U.S. hubs for future locations, although he wouldn’t say where just yet.

Admit it: this is an incredible idea. Cancelled or missed flights, interminable layovers, crappy weather—being stuck under the bright fluorescent lights in an airport terminal for hours, subsisting on snacks and booze from the closest bar, is a special kind of hell. One that only gets worse during the holiday season.

There’s certainly got to be some kind of weirdness factor in crawling into one of these well-appointed closets for the first time. But if you’re tired enough, that won’t matter one bit.

Just make sure you set every phone or watch alarm possible, because if you’re only sacking out in a tiny hotel room for a couple of hours, it seems like there’s a risk—the potential for sleeping through your departure time.

Of couse if that happens, maybe it will be a good excuse to rent the full 12 hours in a pod and just get a good night’s sleep.