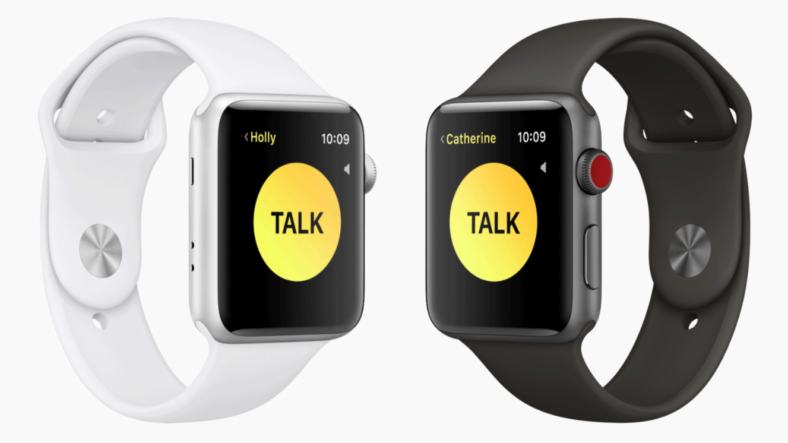 The latest update for Apple Watch will give it more communication capability then ever—and call to mind your favorite childhood toy.

The tech giant announced at its Worldwide Developers Conference that the watchOS 5 software update will allow users to chat using a new Walkie-Talkie feature over Wi-Fi or cellular data.

You’ll also be able to challenge your Apple Watch-wearing friends to seven-day “Activity” competitions, and CNET reports that a new and improved voice assistant won’t require prompting with a “Hey, Siri” command—just raise your wrist and start talking. Hopefully it doesn’t get any ideas from Alexa.

“Apple Watch is helping our customers stay connected, enhance their fitness and, in many cases, detect life-threatening conditions,” said Apple COO Jeff Williams in a press release. With the launch of watchOS 5, we’re excited to introduce new activity and communications features that will take the Watch to a whole new level.”

If you don’t have $330 to spend on the latest Apple Watch but still want antiquated two-way radio technology integrated into your timepiece, feel free to support this ridiculously dorky Dick Tracy wristwatch on Indiegogo.