Complete with speakers based on the killer Beosound Stage soundbar. 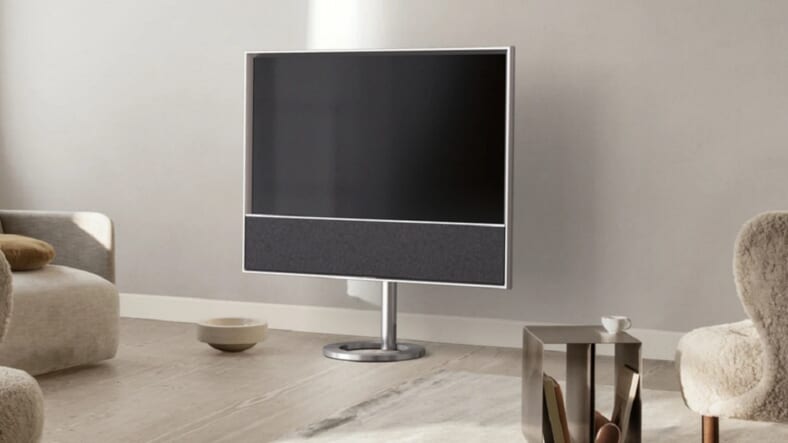 Bang & Olufsen‘s new Beovision Contour is about as complete a home theater system as you’ll find right now in a relatively compact package.

Admittedly, with a 48-inch screen, the Contour is big enough to dominate any room, but it also has a slimmed-down minimal profile encasing a total home entertainment system that would have taken up an entire room in the past. With its brilliant OLED display comes a built-in speaker modeled after the superb Beosound Stage soundbar.

A frustration encountered with plenty of otherwise excellent and expensive TVs is the manufacturer’s assumption they will only be hung on the wall, providing feet for the base that ruin the profile and look like an afterthought.

Bang & Olufsen has thought of everything, including problems like that, with the Contour. The aluminum set is distinguished by the wooden slat-fronted soundbar, and the TV comes with a downright elegant stand, though it can be easily mounted on the wall in situations where floor space is at a premium.

Bang & Olufsen’s Beovision Contour is slated for a February release. It comes in Silver or Black Anthracite colorways and will retail for $5,900. Learn more at bang-olufsen.com.