Here’s All The Coolest Tech from CES 2017 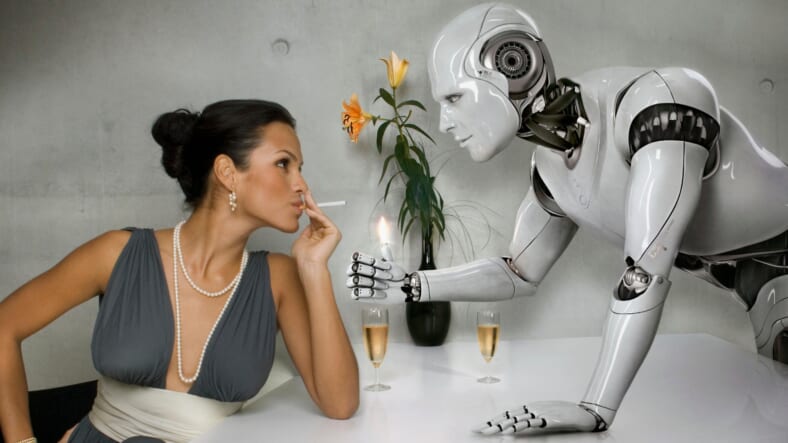 CES 2017 came and went last week, leaving behind a roadmap of the gadgets and gear we’ll expect to see over the course of this year and beyond. Here are the ten most outstanding pieces of tech that were unveiled at this year’s Consumer Electronics Show.

HTC’s understanding of the VR space has been integral in guiding the medium from a passing fad to a legitimate platform for interacting online. It’s that same understanding that’s behind the new TPCast that promises to free the Vive VR headset from the wires that tether us to our PCs. This is groundwork tech that’s destined to become an industry standard once the puny two-hour battery life gets boosted.

Razer’s annual CES presence once again comes with a fantastical concept that has us hungry for a consumer model. This time around that is the Valerie tri-screen laptop. Razer is touting the tech with a gaming slant in mind but the applications of three-screen portability isn’t limited to games of Counterstrike when you realize the potential Valerie has in terms of mobile offices or taking a personal home cinema on the road with you.

Don’t let the name fool you, Honda’s “Ride Assist” goes well beyond cruise control. In fact, Ride Assist is actually, at its core, self-driving capabilities for motorcycles. We’re unlikely to see too many Honda bikes boast full self-driving as an actual option – where’s the fun in that anyway? – but the auto-balancing that makes it possible is what’s truly fascinating about Honda’s innovation. The bike they used to show it off had very little flash to it but, like so many items on this list, it’s the promise of what this means for the future that makes Honda’s new tech really exciting.

Ever since last year, when BMW’s gesture controls made a splash at CES, we’ve been wanting to see what the German car-maker had up its sleeve. The answer to that question is a holographic interface to use those gesture controls. Bimmer’s HoloActive demo didn’t have wheels or doors but that didn’t stop it from conveying the message that BMW is committed to changing the paradigm of how we interact with our cars. They just need to shitcan the social media stuff on the dashboard. Nobody needs Facebook that badly.

Dish is continuing their crusade to clearly and fearlessly tell the cable companies to fuck themselves by giving consumers exactly what they want. Freedom. Dish’s AirTV box brings the best of Dish, OTA Channels, SlingTV and a wide world of apps via Android. It’s a $100 box ($130 if you want the 4K version) that’ll rival Roku and AppleTV. It’s also the smartest Dish set-top we’ve seen so far. We just need a model that includes a built-in DVR with cavernous storage space and it’s game over.

LG seems to have embarked on a quest to make a flatscreen so thin you could roll it up and take it with you. The latest we’ve seen in their efforts is the W-Series flatscreens that truly are attempting to replace wallpaper, and can be held up with freaking magnets. The 77” screen mounts directly onto the wall and boasts 4K definition along with HDR contrast. LG has led everyone to believe that this will actually be a consumer product in the somewhat near future but we’ll keep in mind that actually investing in concepts like this has sometimes run into the six-figure range.

The least sexy item on this list is also the one that’s most likely to end up as a part of your daily life since we can definitely see the merits of expanding Gorilla Glass’ uses from cell phone to car windshield. Built on foundation of the tech that gives your iPhone it’s touchscreen, Gorilla Glass’ jump to automobiles has required even more durability; specifically to heat, cold and the elements. It’s a move that’s an indication we’ll be seeing full-blown heads-up-displays integrated into car windshields in the not-so-distant future.

Sony’s projectors, while historically overpriced, have always delivered a level of quality and innovation not seen in this niche category. While previous projectors have focused on stunning image quality for home theaters, the Life Space UX is an ultra short-throw, 4K projector that masquerades as a low cabinet sitting on your floor, ready to turn your wall into a 147” 4K screen. It’s a shoe-in for ultra-modern home cinemas but it also feels like the first step to giving a virtual assistant like Alexa or Siri the holographic body they deserve.

We love a piece of utility technology and what’s more utility than the mattress that cradles your sleeping ass each night? Sleep Number already shoves a bunch of tech into their mattresses but the 360 Smart Bed takes that even further by automatically sensing your biorhythms and adjusting its shape and firmness accordingly. That also means the bed will gently move you when it senses you’re snoring, a big improvement over pokes from an angry girlfriend or wife when your hacksaw breathing messes with their REM cycles.

We’ll let Farraday Future have a pass on their CES showing last year. The one-seater batmobile concept looked cool but barely made sense as a concept car, let alone something for consumers. The FF91 they exhibited this year takes a turn for the useful with 350+ miles in range on a charge and debuted a valet mode that still needs some work but promises a future where finding a spot will be your car’s problem, not yours. We’re still some years away from blaming your car’s parking job to get out of a ticket but we love where Farraday is headed with this and some competition for Tesla can only benefit the rest of us.