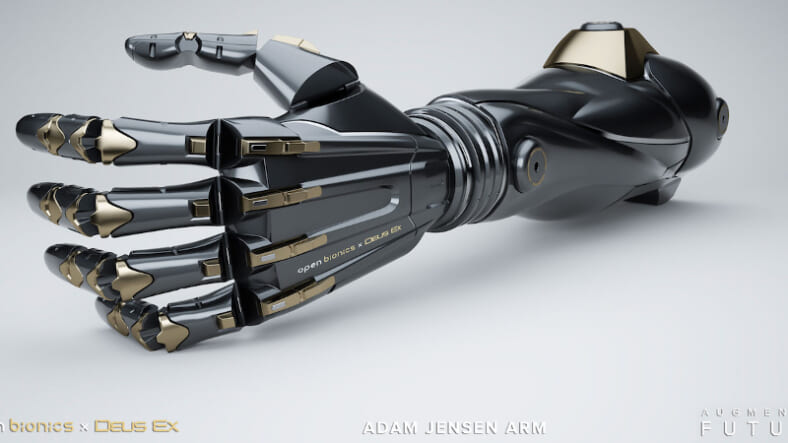 Creative engineers around the globe are fueling the inevitable robot apocalypse each in their own way, some by constructing giant fighting robots, others by making more human-looking robots, and yet others by innovating ways we humans can physically incorporate robotics.This last type of mechanical intervention is known as “augmentation” in Deus Ex. And now the publishers of that video game franchise are working with Razer, Intel and Open Bionics to make highly stylized versions of actual, working, real-life bionics.

Open Bionics recently created a cyborg arm based on the Metal Gear Solid franchise. For this collaborative Augmented Future project, they’ve created two new designs: a smoother more polished one from the wider Deus Ex universe and another more angularly faceted version to match that of Adam Jensen, the hero in the upcoming Mankind Divided release.

Okay, maybe we were a little quick to jump to stereotypical robot fear-mongering conclusions so quickly. After all, this is pretty much the coolest way imaginable to enable folks with a working prosthetic hand.