The future is flexible. 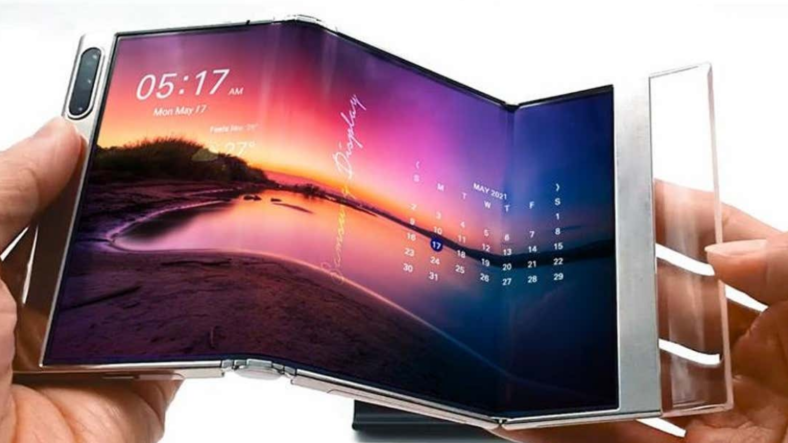 Samsung has seen the future, and it folds. Despite the Korean electronic giant’s early problems with folding screens and the poor reviews of competitors’ devices, Samsung revealed some fascinating concepts for this week’s Display Week 2021 virtual conference.

They include an S-folding combo smartphone and tablet, a sliding display and a novel under-screen camera. Samsung is promoting the whole lineup with the slogan, “Better life through Samsung OLED,” which is probably more eloquent in the original Korean.

The latest folding phone concept from Samsung is a double-folding 7.2-inch OLED display (for reference, the Apple iPad Mini is 7.9″). This screen aims to prove large displays can be reduced in size even as a portion of the original screen remains visible.

Samsung is using the term “S-foldable” for this screen according to their Korean-language release. It may well be — once perfected — a dominant smartphone.

The company is doubling down with big screens for personal devices, too, like their 17-inch, 4:3 aspect ratio folding screen. It starts out a perfectly reasonable tablet size then opens to become a computer monitor.

According to Samsung, this design is all about “carrying small” and “seeing big.” The device is already being touted for multi-tasking potential, as multiple apps are on display in the Samsung handout image.

A new wrinkle introduced at least as a concept: Slidable screens. Samsung says this allows users to have the advantages of a large screen easily extended horizontally that can then revert to normal smartphone size.

Moving into laptop territory, Samsung is getting into UPCs, or Under Panel Cameras for a less-obstructed screen experience. Think of your usual webcam on any other laptop but concealed beneath the screen as well. This is likely the innovation that could take the longest, given the challenge of getting a clear view while hidden under an additional layer. Not to mention hiding the camera eye and preventing faking eye contact when on a Zoom call.

While UPCs are not new, Samsung could win the market by simply developing a good camera. Optics with current UPCs end up too often providing image quality akin to what you’d find in a little golf-ball webcam made in 2005. Success, however, could lead to almost zero bezel, allowing for substantial screen size increases without making the overall device substantially larger.

Given the worldwide popularity of the company’s Android products in general, it seems likely that the appetite for one or all these new product concepts will be huge.