The Powerful, Portable New iPad Mini Is Apple’s Best One Yet 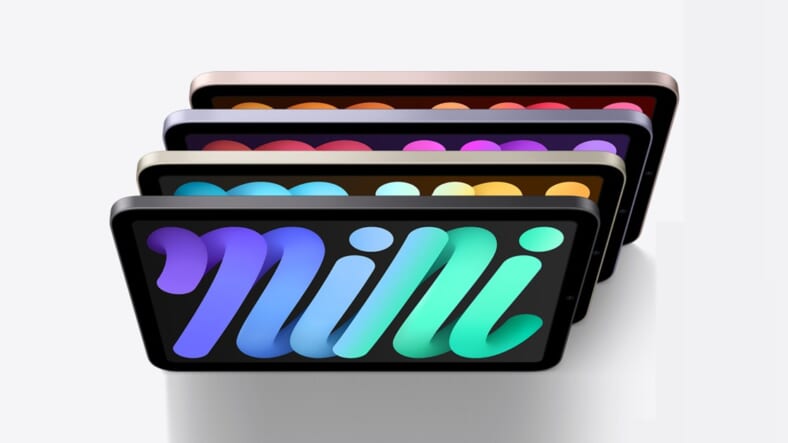 The iPad Mini has finally gotten a long overdue, top-to-bottom redesign. Just as with the recently improved iPad Air and iPad Pro, the iPad Mini gets a bigger screen size, tougher metal frame and more power. After some hands-on time with the new Mini, here’s what else we learned:

On initial inspection, the new iPad Mini’s design is sleek and sturdy. The 8.3” screen – up from 7.9” – goes a long way to making the diminutive form factor still feel like it’s toting a much larger display.

The squared metal edges make it feel truly like it belongs among the current line of iPads but it is, by far, the most portable of the bunch and most people will probably opt for it over the others for that reason.

Easily the most important aspect of the redesign is that huge upgrade to performance when comparing this Mini to its previous iterations. The new Mini is sporting Apple’s A15 Bionic chipset and it makes an enormous difference in performance across the board.

HD movies and games actually choked the previous versions but this iPad Mini chews up whatever content it’s playing without so much as a hiccup. It is beyond capable at almost any task thrown at it, short of some of the heavy-duty Pro uses that are better saved for, well, the iPad Pro.

The Mini is also better because of the new iPadOS 15. Sure, that’s also true of every iPad because iPadOS 15 brings some very meaningful upgrades to the whole iPad line.

But the operating system’s boost to the iPad Mini’s efficiency and usability–along with slick quality-of-life upgrades across the board–really let the diminutive tablet shine on all fronts. Because of iPadOS15, the iPad Mini is able to do more without the bulk or heft of its bigger brethren.

The addition of compatibility with the 2nd Gen Apple Pencil is great too. This was something not possible on the previous iPad Mini devices. While Steve Jobs’ credo of “finger is the best stylus” still rings true here, note taking and hand-writing recognition are simply better when using an Apple Pencil.

Now that’s possible on an iPad Mini, making it a great work-from-home companion, especially with the versatility of using it as a sidecar to Apple’s MacBook and iMac offerings.

Apple is offering the new iPad Mini in Purple, Pink, Starlight (aka silver) and Space Gray. That lack of other color options is maybe the most disappointing aspect of the Mini, but maybe that’s because the iPad Air comes in Sky Blue or Green options that are  not available here.

Not yet, at least. Apple’s first-party cases mimic that color scheme but third parties are likely to offer up the extra flare that some people may crave.

Coming in 64GB and 256GB, Wifi or Wifi+Cellular (to take advantage of the true portability here) the iPad Mini is now available everywhere in-store and on Apple’s website, starting at $499.