Why The Xbox Series X Is a Game Changer

A hands-on review of the long-awaited new console. 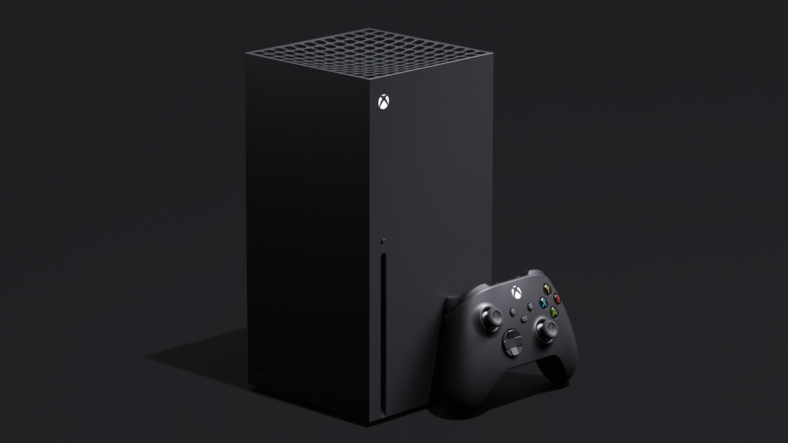 The Xbox Series X is finally here. A behemoth compared to the Xbox One X that debuted a few years ago, the new Xbox offering opts for a much larger form factor to house a wildly powerful machine that’s ready to tackle a huge number of games. Here’s all the important details you need to know about the Xbox Series X, gleaned from two weeks of putting it through the paces.

The first thing to recognize about the Xbox Series X is its utilitarian form. Never has the box in Xbox been meant more literally. The hefty black rectangle doesn’t need fancy stylings. Compared to typical gaming PCs and other consoles, the Series X is minimalist to the max and blends into the landscape of a typical entertainment unit without much fuss.

Setup was a cinch. In terms of wiring, there’s required to get the Series X up and running than there was with an Xbox One. It’s an intuitive plug and play experience, even with some of the most complicated TVs on the market and while the lack of an optical output from the Series X may befuddle serious home theater enthusiasts, gamers looking to make the most of the Dolby Atmos capabilities will be pleased to find it possible with fewer wires.

The ease with which game saves and settings transfer from a previous Xbox to the Series X is another huge perk here. Making the swap was simplified by using the Xbox mobile app. Sign in, enter a code, choose your options and never look back. The entire process took about 15 minutes and that’s quite a feat.

Once up and running, the Series X performs flawlessly. Every stutter or glitch that could be encountered on an Xbox One is just…gone. Game loading feels like a thing of the past, hindered only by a game’s online components that depend on remote servers, not the Series X’s horsepower. Looking at you on this one, GTAV.

Still, GTAV—a game with loading screens so long and laughable they’ve become memes—loaded into online a full minute faster on the Series X than on the Xbox One X and then played smoother than ever before. Even older games from the original Xbox and 360 era benefited from the Series X’s additional power. As more games become optimized for the Series X, the sky seems to be the limit for what this new hardware can do in terms of graphical abilities and overall speed.

Upcoming optimized games may be one of the best things the Series X has going for it. Upgrades to games already purchased on Xbox will be free. That means any gamer that’s spent a mint on the Xbox Marketplace (or have Game Pass Ultimate, Xbox’s Netflix-style monthly subscription to over 200 games) won’t be left out in the cold. While the Series X might be missing a definitive launch title like Halo Infinite, there will be hundreds of titles ready to benefit from the Series X hardware when it debuts.

That doesn’t just mean Xbox One titles from the current generation but also includes the ever-growing list of backward compatible titles, spanning back to the launch of the original Xbox, almost 20 years ago.

On a fundamental level, the Xbox Series X is a single device that admirably handles almost the entire history of Xbox games, even making old games better than ever. It’s a stunning revelation for long-time fans and adds a ton of value to the hardware. Never before has an Xbox been made with this much fan-service in mind.

The team at Xbox has taken backward compatibility very seriously here, not just with software but also with accessories. No need to buy additional controllers for the Series X; old Xbox One controllers pair with the new hardware seamlessly. High-end gaming headsets equally make the jump to the Series X without any hiccups.

Compared to previous console launches that require starting from scratch on all fronts, the fact that the Series X lets accessories cross into the future without any hardships is a wonderful, oddly generous approach from the Xbox team.

When all is said and done, the Xbox Series X may actually disappoint those who expect a new console to completely leave its predecessor behind. For the $499 price, some folks may expect to have an experience that’s unique to the Series X. Make no mistake, that is not the case here.

What the Xbox Series X presents instead is the hands-down best Xbox experience available. Upgraders will still be able to play the same games with their existing friend list. They will navigate menus that feel entirely familiar. They’ll finish a game on the Xbox One and pick it up exactly where they left off after swapping to the Series X. If that $499 buys any feeling of superiority, it’s knowing that the Series X will be a mainstay of the future of gaming without giving up a single thing about its past.