9 Ciders You Should Be Drinking Right Now 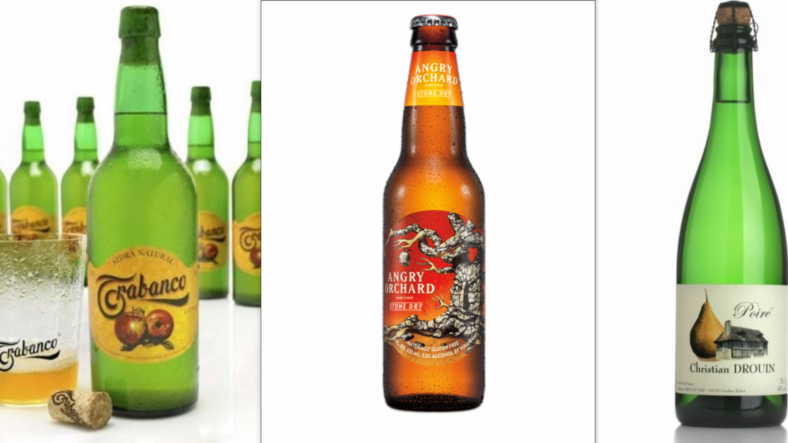 I’ve always hated that, here in the U.S., we call real cider “hard cider.” Cider is cider — for hundreds of years it’s been an alcoholic beverage made from apples. The non-alcoholic cider you drank as a kid is the exception. So maybe that stuff should be called “soft cider” to differentiate.

In any case, real cider is, as they say, blowing up. Not a week passes without hearing about some great new artisan cider with a clever name or some big city bar that specializes in craft cider. Over the past few years, it’s even become fashionable to suggest cider to pair with Thanksgiving dinner.

Mostly, cider has been marketed as an on-tap alternative to craft beer. The reality is, however, hardcore craft beer guys rarely favor cider, and so for years it ended up in this weird never-never-land, alongside malternatives like Mike’s Hard Lemonade and the gone-but-not-forgotten Zima and Four Loko. It’s better to think of dry cider as an alternative to wine, something to pair with food — and it’s especially good with

Yes, the early ciders on the market weren’t very good — way too syrupy sweet. But that was ten or twenty years ago. Back then, ciders were made with the same apples you eat and those for made a dull, sweet drinking experience. Real cider is made with heirloom bitter and bittersweet varieties — with names like Kingston Black, Broxwood Foxwhelp and Bramtot — that create complex, dry

If you’ve ever had the ridiculous idea that cider is something that’s too sweet or somehow offends you manhood, you need to try one of these to see how dry cider can be:

This Vermont cidermaker is commited to saving and bringing back lost American apples, creating complex ciders that have wine-like tannins and acidity. And you get all that to go in a non-pretentious can.

From Burlington, Vermont’s cool cidery, this balanced dry pairs really well with french fries, oysters or anything cheesy (ie. bar food). For even more complex, look for its Northern Spy bottling, made with only the special Northern Spy apple variety.

Surely you’ve seen Angry Orchard, though probably its sweeter expressions or the ones flavored with ginger, cinnamon, or hops. This version, a take on a traditional English style, is completely dry and a good introduction to cider.

Brut is used by Champagne to refer to the driest wines. This crisp, refreshing California achieves similar dryness. For a nice alternative, also look for Crispin’s Pacific Pear.

Normandy, with its dozens of varieties of apples, is the spiritual home of cider and the prestigious apple brandy Calvados. Dupont’s flagship bottling is a classic, and will convince even the biggest cider skeptic.

Cider can also be made from pears (and this is often called “perry”). While Drouin is known for excellent dry apple cider and Calvados, they also make what may be the best perry in the world.

Cider, in Spanish, is sidra. And sidra from Asturias or the Basque region, can be as funky, as unfiltered, and as fascinating as that hip natural wine the tattooed sommelier wants to pour you. The Spanish method of drinking cider involves pouring a little bit of liquid from high above one’s head, then drinking it quickly and repeating the process.