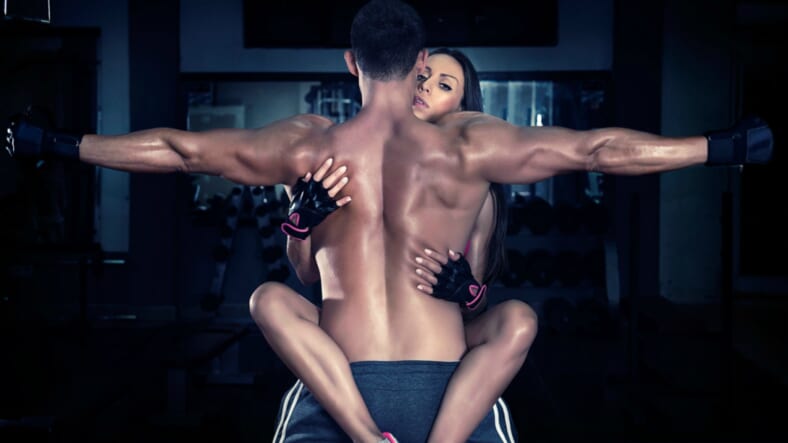 I have some good news and some bad news. I’ll start with the bad news first. Our lifetime risk of developing cancer is nearly 40 percent, which means a lot of us are going to hear those dreaded words from our doctors one day.

The good news, however, is that according to new research from the American Cancer Society, there are certain behaviors and habits you can completely control that’ll considerably reduce your risk of getting cancer one day.

In the study, scientists estimated that 43 percent of all cancers in men were attributed to these 8 specific risk factors, all of which can easily be avoided or limited if you try hard enough.

The study found that smoking is attributable to 24 percent of all cancer cases, including cancers of the lungs, esophagus, larynx, throat, kidney, and liver, among many others,  making it the absolute most dangerous risk factor.

Smoking accounts for 84 percent of lung cancers, 75 percent of larynx cancers, and 52 percent of esophagus cancers, meaning if you don’t smoke, you immediately slash your risk of developing those cancers significantly.

A separate study published in the Journal of Thoracic Oncology revealed that your risk of developing adenocarcinoma, which is the most common type of lung cancer, drops 52 percent within five years of quitting smoking, and reaches 80 percent within 10 years.

Since smoking is so, so bad for you, it only makes sense that secondhand smoke exposure is also very bad for you.

When you’re overweight, your risk of developing certain cancers skyrockets, because excess weight and all the health problems that come with it are responsible for 33 percent of gallbladder, liver, kidney, and esophageal cancers in men.

So, you should probably eat right, exercise, and try to drop any extra pounds you happen to be carrying, because even though the dad bod might be hot, cancer isn’t.

4. Don’t drink too much alcohol.

Listen, I don’t need to tell you that alcohol is one of the greatest blessings on earth. Alcohol is amazing — but only when consumed in moderation.

While some studies suggest a couple drinks are actually good for you, other studies say otherwise, and suggest that alcohol consumption is a major risk factor for head and neck cancers, including cancers of the mouth, pharynx, and larynx.

Interestingly, though, some alcohol drinks, such as red wine, have both cancerous and anti-cancerous properties, which makes the whole “alcohol is bad for you” claim debatable.

With red wine, a chemical found in grape skins and red wine called resveratrol protects against cancer, while the actual alcohol content is risk factor for head and neck cancer.

Do what you will with this information, but I already know I’m not going to stop drinking.

We all know processed foods, like deli meats and hot dogs, are complete garbage even though they taste good, and I’m sorry to say that bacon, too, is a processed food item.

Research revealed that eating 50 grams (about 4 strips of bacon) of processed meat every day increases your risk of developing colorectal cancer by 18 percent, which is a fairly significant number.

I’m so sorry, but maybe it’s wise to cut back on the bacon and only eat it once in a while.

Research suggests that eating a diet rich in plant foods lowers your risk of cancers of the colon, pancreas, and prostate, which is an awesome reason to eat more fruits and green leafy veggies every day.

Being physically active is associated with a significantly reduced risk of esophageal cancers, liver cancer, gastric cardia cancer (a type of stomach cancer), kidney cancer, myeloid leukemia, myeloma, and cancers of the head and neck, rectum, and bladder.

Most notably, a 2009 meta-analysis of 52 large-scale studies found that physically active adults had a 24 percent lower risk of developing colon cancer, relative to couch potatoes who lounge around binging on TV shows all day.

Why? Because working out improves immune function, clears carcinogens out of your gastrointestinal tract faster, and reduces inflammation.

Now you have something to feel guilty about if you skip the gym one too many times.

Having some nice, warm fun in the sun is fantastic, but it’s less fun when you know 95 percent of all cases of melanoma are attributed to UV radiation.

Luckily, it’s extremely easy to limit your exposure to UV radiation! All you need to do is avoid the sun when its rays are the strongest — between 10 a.m. and 2 p.m. — and protect your skin with a hat and sunscreen when you go outside.