If You Want to Get a Woman Off, These Are the 3 Most Important Rules You Need to Remember 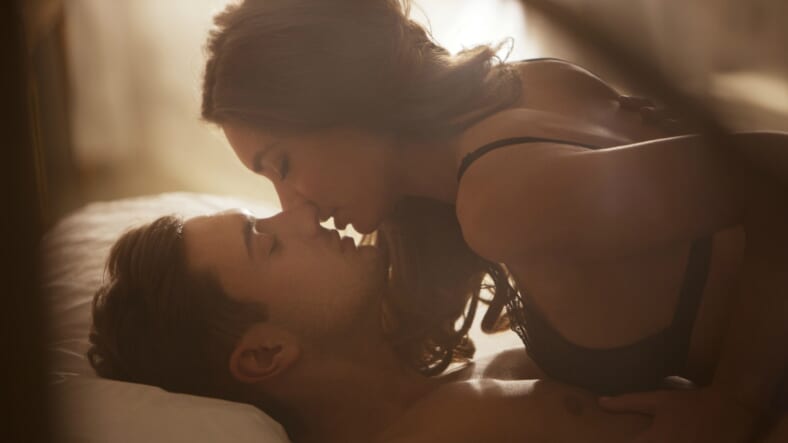 When you think of sex, do you automatically think of P-in-V sex? Yeah, most people do.

But here’s the thing – ‘sex’ isn’t just limited to intercourse, and includes everything leading up to it, a.k.a. heavy petting, foreplay, oral, etc., as well as the things you do right after, like cuddling, or getting dressed and leaving.

And according to a new study, you might want to consider adding just a little bit more to your personal definition of sex, particularly a little handy work, as well as some cuddles afterwards, if you really want to get your lady off.

For the study, which was led by Debby Herbenick of the center for Sexual Health Promotion at Indiana University, 1,055 women between the ages of 18 and 94 were surveyed about their sex lives, in order to understand what parts of sex women especially enjoy.

“Our purpose was to understand more about women’s experiences with … the kinds of touch they find pleasurable and how clitoral and vaginal stimulation contribute to their orgasms,” she explained.

The results of the survey found that the majority of women definitely do not reach orgasm from just the sex part of sex alone, and need just a liiiittle bit more to really get there.

To elaborate, only 18 percent of women said they were able to get off from P-in-V sex, whereas 36 percent said they needed clitoral stimulation in order to orgasm, and another 36 percent said getting some hands in there enhanced the experience and made everything a whole lot better.

That said, can someone explain to me why a separate study discovered that 30 percent of dudes think the sex part of sex is the best way for women to have an orgasm? Anyone??

Come on, fellas. You’re better than that.

Dr. Elizabeth Lloyd, co-author of the study, says this sad fact is “sort of a tragic figure because it couldn’t be more incorrect.”

And sadly, the lack of clitoral stimulation and the false belief that you can get her off from just sticking it in her leads to many, many women needing to fake orgasms instead of actually having them. So sad. No woman should need to fake an orgasm.

Therapist and author of the new book “Becoming Cliterate,” Laurie Mintz, says: “The main reasons they give for faking is that they want to appear ‘normal’ and want to make their male partners feel good.”

“This is one of the saddest and most common problems I deal with in my clinical practice,” adds Anita Hoffer, a sexuality counselor and educator. “Women who either are uninformed or insecure and therefore easily intimidated by ignorant partners bear a great deal of shame and guilt at being unable to climax from intercourse alone.”

Moreover, the study also found that while some orgasms are just OK, others are of the profound and incredible variety, and feel so, so good that you go blind for a couple seconds.

Apparently, these mind-blowing orgasms come from emotional intimacy, adequate foreplay, and clitoral stimulation during intercourse – not the length of the sexcapade, or the size of your dick.

Lastly, the study concluded that something called “outercourse” is crucial for womanly orgasmic bliss, and it’s exactly what it sounds like: any part of sex that isn’t intercourse, and includes kissing, touching, using sex toys, and cuddling.

“When we equate intercourse and sex and call everything that comes before intercourse ‘foreplay,’ we are buying into the cultural script that sex should proceed as follows: foreplay (just enough to get her ready for intercourse), intercourse (during which both women and men orgasm), and game over,” says Mintz.

Due to that, most men don’t hug or cuddle after boinking, and opt for the ol’ postcoital coma, instead, and that’s  so wrong.

According to recent research by the Sex Information and Education Council of Canada and Trojan condoms, you should be hugging and cuddling your lady after giving it to her good, because it was found that cuddling boosts women’s sexual enjoyment by 30 percent.

Well, that was long, so let’s recap the key points before we part:

1) Use your hands and expertly touch her love button.2) Pay attention to the entirety of the sexual experience…not just sticking your penis in her.3) CUDDLE!!!