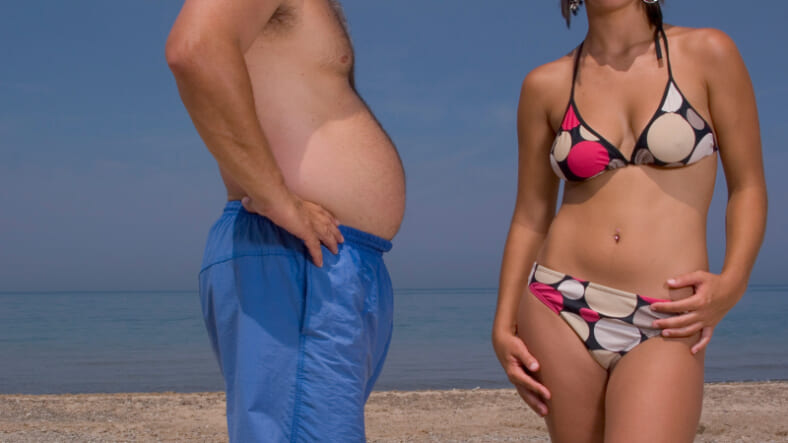 Between the change of seasons keeping us indoors more and the various holiday feasts and parties we gorge at, this time of year it’s even easier than usual to put on a few extra pounds around the old equator. But according to Richard G. Bribiescas, Professor of Anthropology, Ecology & Evolutionary Biology at Yale, that’s a good thing.Shouldn’t we want to get ripped? Not necessarily. Professor Bribiescas says that women are actually more attracted to the so-called “Dad Bod,” marked by lower testosterone levels, less muscle mass and more fat.

And as a bonus, pudgy middle-aged guys tend to live longer. In fact, his research claims guys in this slightly huskier category are less likely to suffer from heart attacks and prostate cancer.That’s not to say you should let yourself go. But from an evolutionary perspective, it makes sense. We don’t have to kill mammoths or fight for caves anymore. Survival of the species is more about being faithful husbands and better fathers who stick around.So it’s a little early to be ripping up your gym membership card. But maybe just focus more on fun, heart-healthy activities.