Having A ‘Dad Bod’ Just Might Kill You, So Please Put Down Those Chips

We are NOT happy about this development. 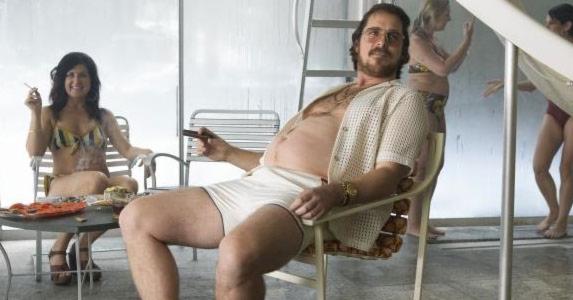 Over the past five years, men have been encouraged to embrace the jelly in their bellies.

First, scientists found that measuring “slightly overweight” on the Body Mass Index actually increased lifespan. Then, celebrities like Leonardo DiCaprio popularized the portly “dad bod” as a manlier and more attainable physique than, say, the chiseled Adonis look that Calvin Klein has pushed since the ’90s.

It was good news for beer and burger-consuming American men, seeing that two out of three Americans are overweight. But, alas, the relief was for naught.

Doctors have once and for all debunked the recent myth that possessing a “dad bod” is remotely healthy.

A new study published in the Annals of Internal Medicine plainly states that carrying excess body fat, even a little, is deleterious to health. In fact, overweight individuals carry a six percent increased risk of death, and that even goes for dudes who haven’t yet reached the category of obese.

The recent confusion was due to the fact that the original study only took the Body Mass Index into account. You see, BMI does not consider body fat to muscle ratio, but only overall weight and height. This means that the healthy participants in the original study that may have clocked in at “slightly overweight” were in reality just built like Hugh Jackman training for Logan.

“Our findings confirm that there is no benefit of being overweight on risk of death, and indicate that [being] overweight is actually associated with an increased risk of dying,” head demographer Andrew Stokes told NPR about the new findings.

Sorry, gentlemen. If it works for Leonardo DiCaprio, that doesn’t necessarily mean it’ll work for the rest of us.