How To Discover If Your Partner Is Financially ‘Cheating’ On You

A new study reveals the 14 behaviors that indicate you’re a victim of “financial infidelity.” 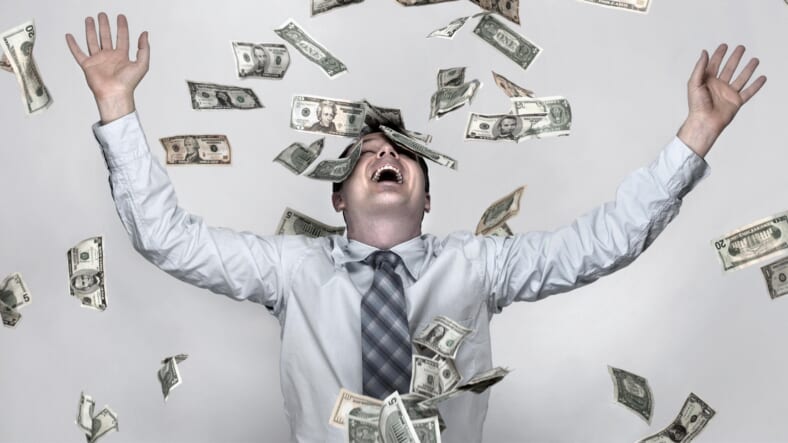 When you’re in a relationship, one of the last things you want is to get cheated on. Right? Right. But did you know there are tons of super sneaky ways to commit infidelity?

There’s something called “micro-cheating,” where your partner (or you) does things like save a contact in their phone under a fake name, message a former lover even if it doesn’t include meeting up with them, send flirty texts to other people, and regularly check an ex’s social media profiles.

Now, as much as that sucks, there’s a form of cheating that arguably sucks just as much because it could ruin your entire life and not just your relationship: “Financial infidelity.”

The term was examined in a study published in The Journal of Financial Therapy, and is defined by psychologists as “any purposeful financial deceit between two or more individuals” who have “a stated or unstated belief in mutual honest communication around financial matters.”

Apparently, financial infidelity is very common, and couples who aren’t honest with each other about money matters tend to have a lower marital and life satisfaction. This isn’t surprising, though. It’s difficult to be happy in your relationship when there’s any kind of betrayal going on.

According to the study, there are 14 behaviors that count as financial infidelity, ranging from little lies, to seriously costly frauds. They are:

With that said, according to a separate study from the National Endowment of Financial Education (NEFE), 50 percent of Americans have done at least one of these things, and furthermore, yet another study discovered that most of us find these financial fuckups an “extreme breach of trust, on par with infidelity.”

While it’s a little extreme to call hiding purchases “infidelity,” the researchers “found that only 27 percent of people reported committing financial infidelity, but 53 percent of the same population reported engaging in one of the behaviors that qualified as such,” explains researcher Michelle Jeanfreau, a professor at the University of Southern Mississippi.

“So there’s a sizable chunk of the population that’s committing financial infidelity, but doesn’t recognize it or see a problem with it.”

Despite the fact that some of those committing financial infidelity don’t see anything wrong with it, the NEFE study found that 76 percent of respondents say financial infidelity has harmed their relationship, and for 10 percent, it even led to divorce. It doesn’t help that 35 percent stated they think some finances should always be off limits to their spouse.

According to Jeanfreau, financial infidelity happens because many couples don’t communicate effectively and don’t share their expectations about spending. Many people don’t feel like they need to share expenses or purchases with their partner, and sometimes fail to understand when full transparency is necessary.

Luckily, psychologist and co-author Michael Mong says there’s a simple fix for this problem: Understand your own spending habits and make sure you and your partner are on the same page.

“A lot of us aren’t raised to talk about money and spending and budgeting, and so we’re ill-equipped to discuss it with a partner. Most people just don’t keep close track of their spending, and you can’t be honest about finances until you have a clear picture of your own.

“It’s impossible for any couple to be 100 percent transparent with finances, but as long as you have shared goals, both for the long and short term, that are manageable for both of you, then that’s a good jumping-off point for determining what merits discussion and what doesn’t.”