Hint: It doesn’t have to do with ghosts or UFOs. 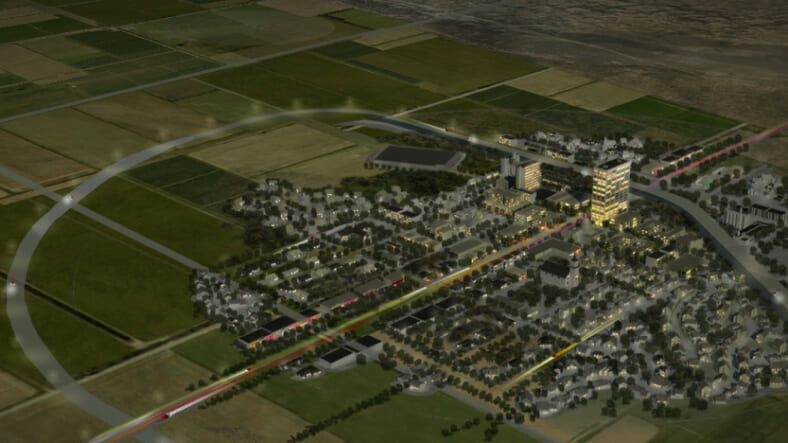 We can philosophize all we want about how and where we’ll live in the future; but in the meantime, how and where will we test the technology that’ll get us there? According to Pegasus Global Holdings, it’s the Center for Innovation, Testing & Evaluation they’re developing in rural New Mexico. (Yes, that New Mexico.)What exactly might they test amongst this simulated ghost city? All sorts of autonomous vehicles, swarms of drones—both the consumer shipping and personal taxi variety—and fleets of driverless cars and trucks. Perhaps less physically destructively, all manner of Internet of Things systems and devices.

CITE will encompass about 400 acres, attempting to impersonate a modest city of 35,000 people—just without the people. That seems like a problem, since the unforeseeable human element of design and actual (random, imperfect) use would be missing. That’s not at all to say the billion-dollar project’s in vain. Plenty of solid info could be ascertained about building smart grids, security systems, public works, etc.Having said all that, this has been in the works for a few years. So we’ll see if this thing actually takes off. If not, perhaps we should follow Jefferson Starship’s advice and attempt to construct a robust urban area out of rock ‘n’ roll?