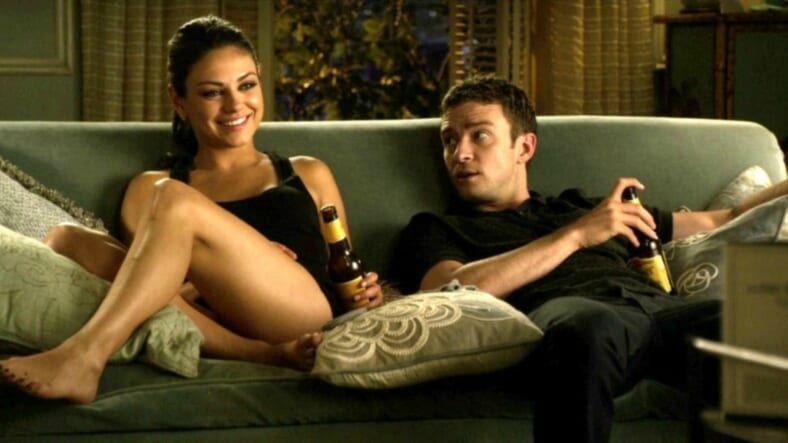 Now that we’re in November, the days just keep getting shorter, colder, and a lot more depressing, which is why most of us want to find a significant other to snuggle up to and have sex with during these lonely winter months, in what is unofficially known as “Cuffing Season.”

“During the fall and winter months, people who would normally rather be single or promiscuous find themselves along with the rest of the world, desiring to be ‘cuffed’ or tied down by a serious relationship. The cold weather and prolonged indoor activity cause singles to become lonely and desperate to be cuffed.”

In other words, cuffing season is when it’s too cold, dark, and wet outside to go out and hoe around, so you lock down a hottie to light Christmas-scented candles and Netflix and chill with until the world thaws out.

But what’s the reason behind this unmistakable urge we all feel to shack up with someone when it’s cold out? Surely there’s some psychological reason why we want to be in a cozy, sex-fueled relationship during winter, right?? Right.

“[Cuffing season] has happened in our evolutionary history every time the days get darker,” Dr. Wendy Walsh, a clinical psychologist who specializes in the psychology of love, sex and gender roles, told MTV.

“We’re walking around in DNA that’s hundred of thousands of years old. In our anthropological past, there was less food and resources [available], and hunter-gatherers’ survival happened better if you were in a pack, if you were coupled up … [This] increased survival of any offspring that came out of it.”

And this all ties in with Darwin’s famous “survival of the fittest theory,” where only the strong and wise survive the world’s harsh conditions and manage keep their lineage going.

So, in layman’s terms, here’s a brief explanation of the evolutionary psychology of cuffing season: Thousands of years ago, only senseless morons who lacked an innate biological desire to stay alive walked around outside in the dead of winter, and by doing so, froze their balls off and died of hypothermia, thereby sparing human race exposure to their idiot DNA.

As mean as that sounds, it’s the truth.

On the other had, people of the smarter variety would find themselves a significant other or five when the world started to freeze over, and huddled around a toasty fire with them in a cave or something to keep warm, and had lots of babies together and passed on their higher quality genetic information.

And since humans evolve at a glacial pace, we still feel the same biological urge to couple up with someone in colder months, and have lots of sex with them.

That, my friends, is why there’s something called cuffing season.

Sooo…now that we know why cuffing season exists, let’s briefly go over a few ways you can successfully get cuffed this winter.

For starters, don’t give in to temptation and eat all the yummy holiday treats in sight. Sure, women love a good dad bod, but there’s a fine line between dad bod and beached whale. Try not to cross it.

Second, make yourself a killer dating app profile by following these 3 simple rules:

You can find specifics on how to do those right here.

Next, remember that alcohol (in moderation) is your friend — especially red wine. A 2009 study by Italian researchers found that women who drank red wine were waaay hornier than those who drank other alcohol or none at all, so definitely pour a glass or two of red wine on date night.

“Update your massage oils, bubble baths and candle inventory. At the end of the night, nothing is sexier than a passionate make out session in front of a roaring fireplace or bonfire.”