These Three Types of People Are Most Likely To Cheat on You, So You Better Watch Out

Because nothing sucks more. 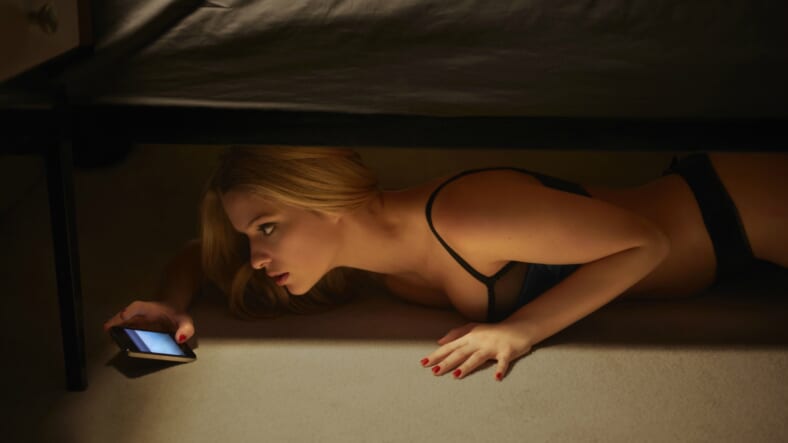 No matter what, getting cheated on will always hurt like a bitch. There’s just something about betrayal that maims the soul and ego like nothing else.

But what if I told you there was a way to spot a cheater and avoid her altogether before she rips out your heart and fucks up your life?

Thanks to the wonderful world of science and statistics, we already know that there are some people who are more likely to cheat, such as people in their 30s, bankers, brokers, and flight attendants, and cat ladies.

And now, according to relationship coach Matthew Hussey, we know three more types of people who might be potential cheaters, so that you can look out for all the warning signs, and successfully identify a cheater before she strikes.

1) Narcissists. “For the narcissist, it’s all about proving how lovable they are,” Hussey told Business Insider. “It’s not enough one person loving them; they want to make sure that everyone loves them.”

“They’ll only feel validated when someone else flirts with them, sleeps with them, or kisses them,” he adds, suggesting that if you’re seeing some red flags that you’re dating a narcissist, you might want to get the hell out of that relationship real fast.

You should also know that a study found that narcissistic people tend to feel less committed to their romantic relationships, because they always think they can find someone better. Is that reason enough for you to watch your back? I think it is.

2) Insecure people.Is your girlfriend always self-deprecating? Is she seriously lacking in the self-confidence department? Well, you might want to be careful around her, because you might have a cheater on your hands.

“Insecure people are something to be careful of, Hussey explains. “And I don’t mean a basic level of insecurity that we all have, because we all have our own self-doubts and worries about ourselves. But when someone is so deeply insecure that if you don’t give them love today, they’re going to find it somewhere else — that’s dangerous.”

“In any relationship we have to be real. If someone goes without love for a long time, the propensity to cheat is going to increase. Over a long enough period of time if someone treats you coldly or is distant, anything can happen.

“But on a short timeline, if somebody is constantly making how much you love them today the condition on whether they’ll cheat or not, [this is] also dangerous and it stems from ego.”

3) Selfish people.Apparently, “selfish people who don’t have a moral standard when it comes to their relationships” are also very, very likely to cheat, says Hussey. Why? Well, because selfish people don’t give a shit about your emotions, that’s why.

“They know if they cheat their partner would hate it or be traumatised by it, but their own selfish needs just take over,” he said.

“Either they have a different code of ethics in private for themselves — which is just unfair — or they’re simply a hypocrite.”