One Day, You Might Need Your Wife’s Permission For a Viagra Prescription

No boners unless your wife approves. 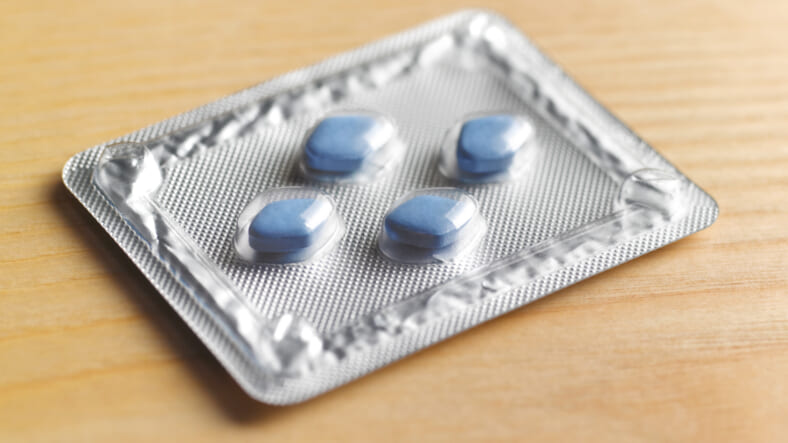 Sometimes, politics are just as entertaining as television. Kentucky lawmaker, Mary Lou Marzian, is fed up with the anti-abortion laws in her state, and just introduced a counterpoint of her own: a bill that requires men to have a permission slip from their wives if they want to get their hands on some Viagra.

The Wife-Approved-Viagra law, more properly known as House Bill 396, is a clapback against the anti-abortion law that was very recently signed by Governor Matt Bevin, which requires women to undergo medical counseling about the risks at least 24 hours before having an abortion.

House Bill 396 states that, “A health-care practitioner shall … prescribe a drug for erectile dysfunction only to a man who is currently married,” and requires men to have 2 doctor visits, bring in a permission slip from his wife like a child going on a school field trip, and to swear on the Bible to be faithful, before finally getting a prescription for Viagra, and hopefully another for his wounded dignity.

Marzian, who is a retired nurse and has been a lawmaker for 22 years. According to Reuters, the bill is only symbolic; she’s trying to make a point about government intrusion. “My point is to illustrate how intrusive and ridiculous it is for elected officials to be inserting themselves into private and personal medical decisions,” she said. “What is more sacred to men than their ability to have sexual intercourse?”

Like she said, not many things are more sacred to a man than his ability to bump and grind as he pleases. But hey, why don’t we just stay out of everyone’s pants and let people get it on as they see fit? That’s a law we’d sign.