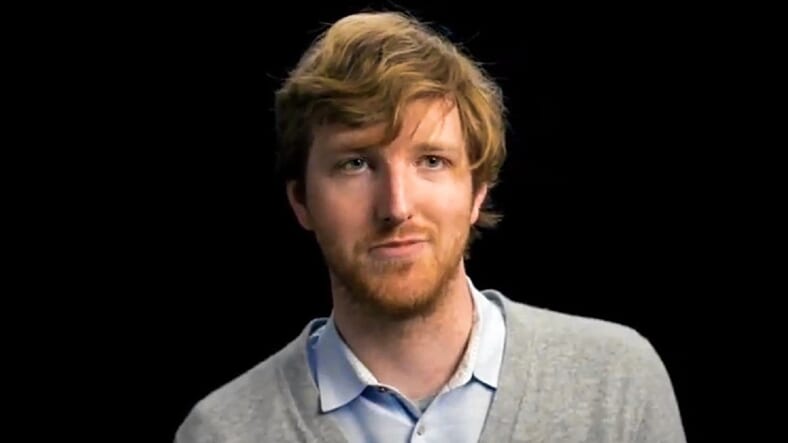 If you’ve never heard of Austin Russell, that’s understandable. Up until now, he’s been a very young tech CEO in a little-known corner of the auto industry, helming self-driving car startup Luminar. But Luminar Technologies Inc., the laser technology company Russell founded when he was 17, went public late last week with its first listing on the Nasdaq.

In nothing flat, Russell was the world’s youngest and newest self-made billionaire. Forbes reports he is “one of the first billionaires to emerge from the autonomous-vehicle world.”

“It’s been insanely intense, grueling . . . everything through every day that we’ve had to go through, scaling this up. And of course it’s incredibly rewarding to have an opportunity to be able to get out there now and get into the public markets and scale through this IPO SPAC,” 25-year-old Russell tells Forbes in a video interview from his office in Palo Alto, California. “I’m still relatively young, but … a lot of blood, sweat and tears have gone into it. And I was fortunate enough to be able to retain a good enough stake.”Good enough, indeed. Russell’s 104.7 million shares, about a third of Luminar’s outstanding equity, was worth $2.4 billion at the close of Nasdaq trading on Thursday. The listing, announced in August, resulted from a merger with special purpose acquisition company Gores Metropoulos, a unit of Beverly Hills-based finance firm The Gores Group, and raised Luminar’s estimated market value to $3.4 billion prior to the start of trading. …

With this massive bump in net worth, Russell joins the ranks of billionaires like PayPal co-founder Peter Thiel, who is also an investor in Luminar.

Thiel made it clear he was impressed with Russell’s accomplishments, telling Forbes, “You can build a billion-dollar business but that does not mean you can become a billionaire. It’s remarkable from a financing perspective to retain a financial stake of that size.”

As described by Forbes, it sounds like Russell was that rare case of a boy genius who knows how to capitalize on his gifts:

As the story goes, he memorized the periodic table of elements at 2 years old and rewired his Nintendo DS game console into a crude mobile phone when he was in the sixth grade after his parents forbade him from having one.

At 13, he filed his first patent: an underground water recycling system that catches sprinkler water and saves it for future gardening to reduce wastewater. Rather than go to high school, he spent his teen years at the University of California at Irvine’s Beckman Laser Institute.

Russell’s company focuses in particular on LiDAR systems. According to the NOAA’s website, LiDAR stands for “stands for Light Detection and Ranging, is a remote sensing method that uses light in the form of a pulsed laser to measure ranges (variable distances) to the Earth.”

It’s not just timely for self-driving vehicles, but Apple uses LiDAR tech in the iPhone 12 Pro/Pro Max for enhanced AR gaming, among other things. In a sense, Russell is riding a tech wave, though Forbes notes he’s so focused on his work that he doesn’t have many of the distractions that take up so much time for other 25-year-olds–Russell has no Twitter or Facebook, he’s all about his work.

Then again, as Kylie Jenner could tell him, there are some real advantages in embracing social media, too. Her leveraging of massive social cred and visibility from reality TV made her a “youngest self-made billionaire” in 2019.

Unfortunately for her, Forbes later revoked that status, but she’s still got oceans of money sitting in the bank, so like Russell, Kylie did something right.