True love knows no season, or something. 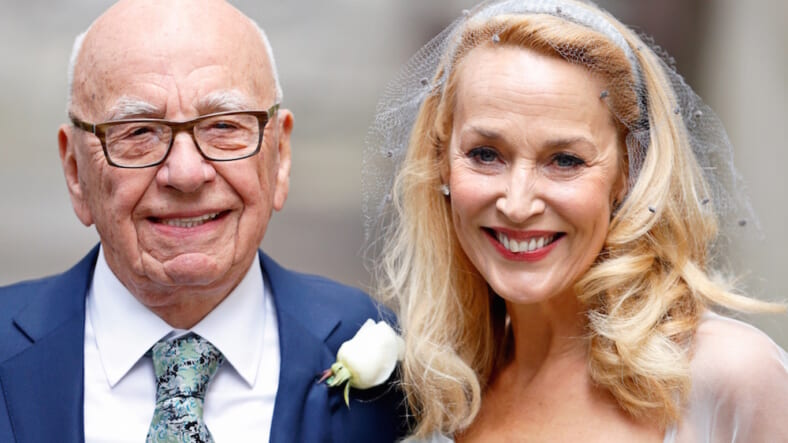 Supermodel Jerry Hall had quite the rep back in the day. The long-limbed blonde made a name for herself stumbling out of limousines with Mick Jagger and partying in Paris nightclubs with Grace Jones.

How times have changed…

In a quaint ceremony in London yesterday, Hall, 59, got hitched to her latest fling, 84-year-old media mogul Rupert Murdoch. It was an intimate ceremony with close friends and family and thousands of paparazzi swarming St Bride’s Church.

Hall doesn’t have the best track record and this is Murdoch’s fourth marriage. Nonetheless, past heartbreaks don’t seem to have jaundiced his view on love. In an outburst of newlywed glee, Murdoch tweeted out this message:

No more tweets for ten days or ever! Feel like the luckiest AND happiest man in world.

This is a far cry from Jerry Hall’s 1992 wedding with Mick Jagger in Bali, but we wish these two well. For nostalgia’s sake, we thought it appropriate to remind you of Hall’s wilder days. See the evidence below:

I doubt the Hall/Murdoch wedding reception looked anything like this.