Is The U.S. Preparing to Wage War on Hoverboards? 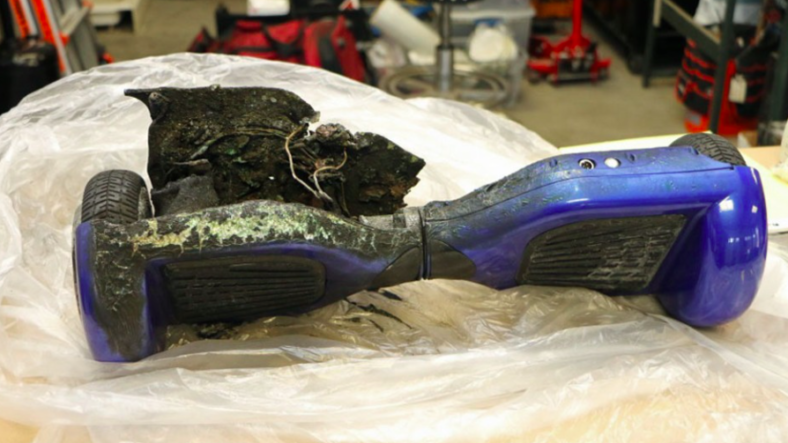 Is this the end of the hoverboard era?

It might as well be. The U.S. Consumer Product Safety Commission (CPSC) issued a detailed warning about the product’s safety, after the agency received 52 reports of exploded and burned hoverboards since December 1st alone.

While the price of the average hoverboard ranges from $200 to $500, the CPSC report suggests these obnoxious modes of transportation are more costly than they appear. The 52 exploding hoverboards recorded in their report resulted in $2 million in property damage, including the destruction of a car, two houses, and two dogs who were killed in a California house fire.

The CPSC launched an investigation into hoverboard-related fires across the country, stopping short of telling consumers not to buy the gadgets. But with hoverboards are already banned in colleges, counties and cities across the world, the CPSC report may be yet another step towards the eventual demise of the world’s most obnoxious and unnecessary mode of transportation.

“Colleges, universities and other institutions and organizations have been active in prohibiting the use of hoverboards on campus, and I want to commend the leaders of those institutions for putting safety first while our investigation pushes forward,” CPSC Chairman Elliot F. Kaye said in a statement.

Beyond the fire hazards, Kaye has also expressed concern over the increasing number of serious injuries associated with these products. “I am concerned, for example, that the current designs of these products might not take fully into consideration the different weights of different users, potentially leading to the units speeding up or lurching in a manner that a user would not have reason to anticipate, especially a first-time user,” he said.

With hoverboard sales on the rise, the future of the personal electric mobility is far from certain. But given that these two-wheeled monstrosities explode, destroy homes, hurt people and generally don’t hover, we won’t shed any tears of these unsightly machines went the way of the dodo.