“I’ve decided to sponsor a hockey team made up entirely of chimps.” 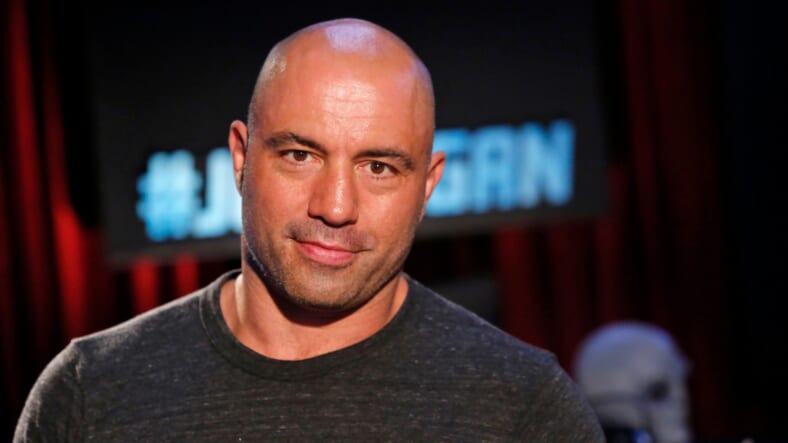 The future is here, and it’s scaring the hell out of podcaster extraordinaire and MMA commentator Joe Rogan. As it should, since someone made an AI program that sounds exactly like him.

“Friends, I’ve got something new to tell all of you,” says the electronic imitation, “I’ve decided to sponsor a hockey team made up entirely of chimps. I’m tired of people telling me that chimps are not capable of kicking human ass in sports. Chimps are just superior athletes.”

Rogan’s AI doppelganger knows what hockey-playing simians love, too: “I’ve got them on strict diet of bone broth and elk meat. These chimps will rip your balls off.”

We’re not talking about some obviously clipped, robotic-sounding voice that might get the natural tone right and the inflections wrong. No. This is perfect, and Rogan himself agrees.

This could become a real problem. I’m flattered and honored that they chose my voice as an example to let us know that we’re fucked 🙂 https://t.co/ODGxa872bN

A Toronto outfit called Dessa created the artificial intelligence-powered impersonator. They did it as a kind of proof of concept, according to their Medium post, writing, “clearly, the societal implications for technologies like speech synthesis are massive. And the implications will affect everyone.”

Dessa knows how creepy this is:

It’s pretty f*cking scary.Here are some examples of what might happen if the technology got into the wrong hands:

“I just listened to an AI generated audio recording of me talking about chimp hockey teams and it’s terrifyingly accurate,” Rogan wrote in his caption, “At this point I’ve long ago left enough content out there that they could basically have me saying anything they want, so my position is to shrug my shoulders and shake my head in awe, and just accept it. The future is gonna be really fucking weird, kids.”

It’s not like anyone will argue with him. Dessa’s own list of possible negative uses is just the tip of the tech nightmare iceberg. Combine this kind of AI with any number of criminal schemes and you’ve got a huge problem—especially given that many law enforcement agencies still find tech-based crime investigations challenging when it comes to training investigators—not to mention simply budgeting for it in the first place.

Light-hearted as this seems on the surface, it’s a warning to be heeded on many levels. Next thing you know we’ll have AI-implanted, hyper-intelligent bone broth-slurping chimps everywhere, ripping off faces and beating people with hockey sticks.