This is one big business plan we can get behind. 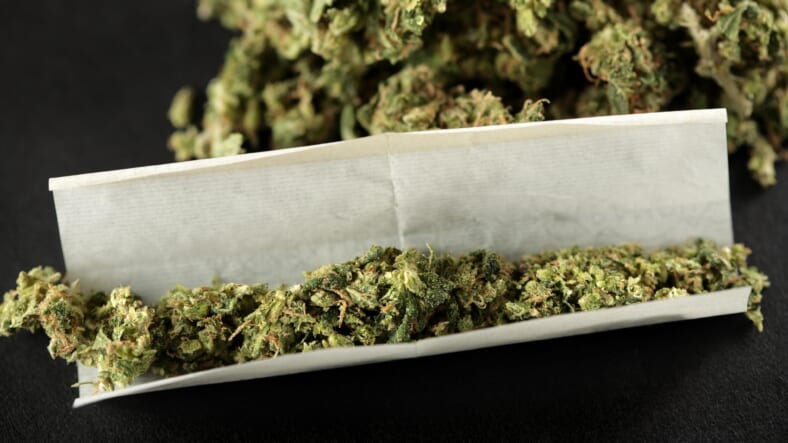 Supporters of nationwide decriminalization and legalization of recreational cannabis have one very big major tech company on their side: Amazon.

Galetti reminded readers that the company announced in June of 2021 that it “would exclude marijuana from our comprehensive pre-employment drug screening program for unregulated positions.”

At that time Amazon also “reinstated the employment eligibility for former employees and applicants who were previously terminated or deferred during random or pre-employment marijuana screenings.”

She went on to explain some of the reasons for those changes, including the fact that Amazon‘s rapid “growth means that we are always looking to hire great new team members, and we’ve found that eliminating pre-employment testing for cannabis allows us to expand our applicant pool.”

Then Galetti detailed just how much one of the largest companies in the world is leaning into support for legalizing it:

Given our previous support for legalizing cannabis at the federal level, as well as expunging certain criminal records and investing in impacted businesses and communities, Amazon recently announced our support for, and began actively lobbying on, the Marijuana Opportunity Reinvestment and Expungement Act of 2021 (MORE Act). We are also pleased to endorse the recently introduced Cannabis Administration and Opportunity Act; read our comments on that legislation.Pre-employment marijuana testing has disproportionately affected communities of color by stalling job placement and, by extension, economic growth, and we believe this inequitable treatment is unacceptable.

For a company that has taken it on the chin for conditions faced by workers in its warehouses as well as delivery drivers (stories of floor workers dropping dead and drivers peeing in bottles to make drops on time are not uncommon), this is a notable turnaround in concern for ensuring hiring diversity and employee quality of life.

We’ll be ordering THC-infused gummies, chocolate, and even gravy off Amazon Prime before you know it.