No, Anonymous Isn’t Taking on the Police From ‘Making a Murderer’

As usual with the hacker group, things aren’t all that simple. 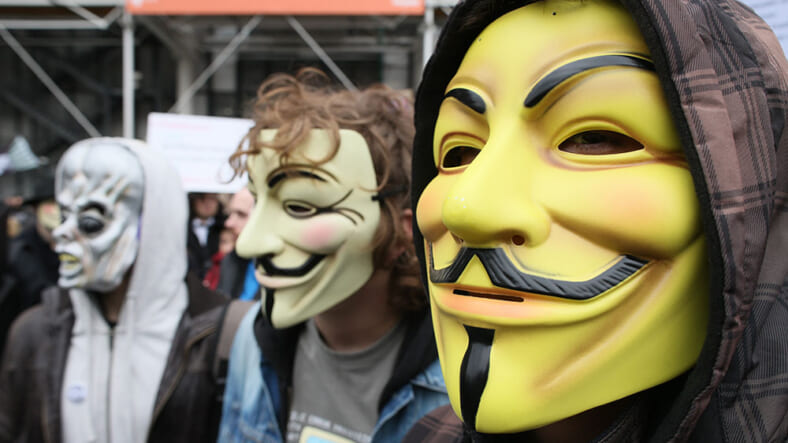 The great cloud of hacktivists known as Anonymous reportedly set their sights on Netflix’s remarkable true crime series Making a Murderer, if you believe breathless coverage from a number of sources. Unfortunately, the group’s campaign against the police officers who allegedly framed two innocent men of murder may itself be a bit of a mystery.On Sunday, a Twitter account claiming to be associated with the sprawling hacker collective implied it was planning on releasing hacked data that would blow the murder case against Steven Avery and Brendan Dassey wide open and expose the Manitowoc, Wisconsin police investigators the Netflix documentary strongly suggested planted evidence to put the two behind bars.

#MakingAMurderer #Anonymous We Arrive in 48 Hours
#OPAVERYDASSEY Engaged We R Legion We R Many Expect US
https://t.co/2AAu6hzn35 Innocence

The Twitter account gathered attention from publications like The Independent, which excitedly reported @OpAveryDassey’s imminent data dump. “The account has said that another group — Ghost Security, which is close to Anonymous —will be taking charge of releasing the documents,” the Independent reported. “They would be unveiled ‘shortly,’ the account posted.”

#GhostSec is not at all affiliated with #MakingAMurderer. Please direct all media inquiries to @OPAVERYDASSEY.

At least one publication, The Next Web, updated its December 29th post about Anonymous taking on Making a Murderer police to reflect the fact that the story might have been a troll after all:

It appears that the user or group behind the Twitter account @OPAVERYDASSEY misled followers about having secured documents pertaining to Steven Avery’s case. Known Anonymous member account @0hour1 was reported to be associated with @OPAVERYDASSEY, but they have since dissociated themselves from it. We regret the error in confirming these details before publishing our story, and are attempting to verify more details and will update this post when we learn more.

This confusion reminds us of a few things about Anonymous. The hacker collective’s strength lies in the fact that it’s so vast and chaotic; there’s no single, well-defined group with a clear hierarchy that is Anonymous. It’s more like a randomly-distributed cloud of activists agreeing to take on certain causes with whatever skill set each activist can bring to the table. Some Anons may be skilled at doxing—ferreting out every relevant piece of personal information about a target available online. Some Anons are indeed straight-up hackers, while others are just tech-savvy enough to figure out how to mask their real IP address long enough to take part in a DDoS attack. It’s a mixed bag, really.

But that’s also a weakness, because anyone can say they are Anonymous and launch an “op” on social media and quickly gain a great deal of attention. That may well be the case here, as it was when the internet exploded with hype about how Anonymous had outed various small-time politicians as members of the KKK. They hadn’t—it was essentially an act of trolling by someone under the the hacktivists’ mantle.

While Making a Murderer is a powerful indictment of the way police power can be used against the disadvantaged and does a great job of pissing off anyone who watches it, it may not need help from vigilante Twitter trolls. Making a Murderer is already enough of an obsession for many in its own right. It’s focusing a ton of new attention on the flawed criminal justice system that put Avery and Dassey in prison. In the end, even if hacked emails revealing a clearly-stated plot to put the two away were dropped on the doorstep of the New York Times, they may only be unneeded icing on the a particularly depressing cake.