This creepy message will keep you up at night. 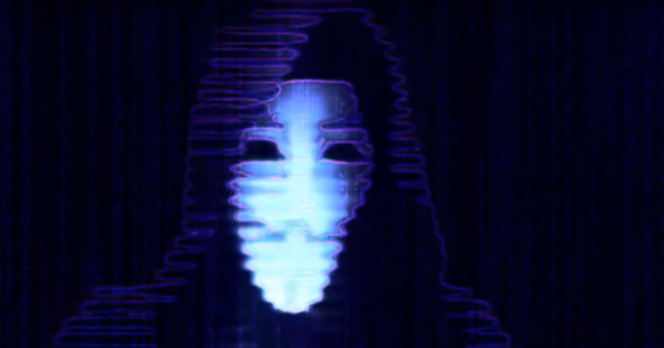 The hacktivist group dubbed “Anonymous” recently released a harrowing message warning of impending global war based on their observance of increased international tensions between allied countries and North Korea.

“All the signs of a looming war on the Korean peninsula are surfacing,” a digitized Guy Fawkes lookalike reports at the beginning of the clip.

“But unlike past world wars… the battle is likely to be fierce, brutal and quick. It will also be globally devastating, both on environmental and economical levels.”

Anonymous delivers this unnerving forecast because of the recent collective actions of China, North Korea, Japan and the U.S., which they say allude to the “real story.”

“China has reportedly told its citizens living in North Korea to waste no time returning home,” the group says in reference to the unprecedented message the Chinese Embassy in North Korea recently issued.

Additionally, they call attention to statements made by Japanese government officials a few weeks ago. “The Japanese have told its citizens they will likely only have a ten-minute warning of impending nuclear strike against, but to find shelter in the most solid building they can find.”

The group also insinuates that the U.S. has preemptively placed 1250 troops in Australia, which they call a “strategic location in the Indian Ocean”, under the guise of “rotational deployment” in anticipation of impending conflict.

“When President Trump starts reaching out to those like President Rodrigo Duterte of the Philippines to assure they are on the same page, one must start to wonder,” Anonymous says in the video. “However, even Duterte has advised the US to back away from Kim Jong Un.”

The conclusion of the clip ends ominously as the masked figure says, “Prepare for what comes next. We are Anonymous. We are Legion. We do not forgive. We do not forget.”

Though most of what Anonymous says is rooted heavily in speculation, the clip has garnered over 400,000 views in just two days.