We have her digits right here. 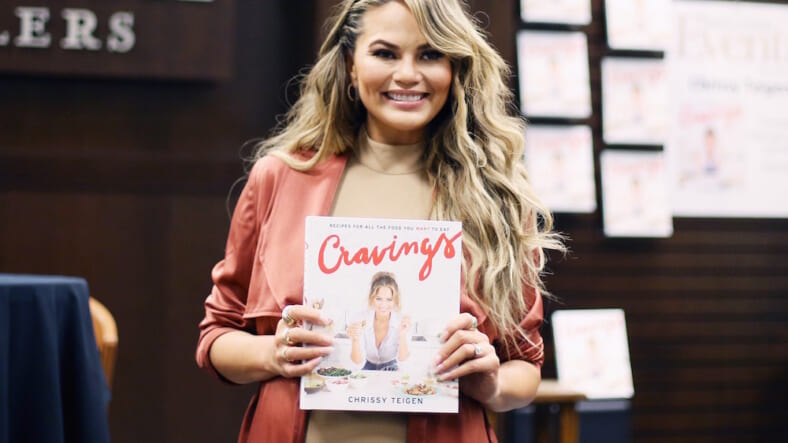 If you’re bummed that Chrissy Teigen hasn’t responded to your daily Instagram comments, then listen up. In her new cookbook, Cravings, the model accidentally published her personal phone number for all to see.Before you dare judge Chrissy for the blunder, let it be known that she has some pretty obsessive fans. They gleaned her phone number from her dog Pippa’s dog collar. The pet was photographed with a tag that read, “call if lost: 323-386-1284.” It wasn’t even legible enough for publishers to detect, but fans caught on.

But before you muster up the courage to make that phone call, know that your window of time is up. Chrissy was instantly inundated by fan calls, and has since changed her number. Let’s all give a slow clap to the few chumps who blew this for the rest of us.

Early purchasers of my cookbook were gifted with my tiiiiiny phone number on Pippa's collar on page 111. Learned this after 100 or so calls!

I have since changed it but thank you for all the kind voicemails!

but really – to all friends, i had to change my number today so please don't be mad at me for not getting back to any texts!!!!

Until then, your best bet for getting in touch with Chrissy is to keep leaving those pleading comments on her Instagram account or to just wait until the day you become a Grammy Award-winning singer/songwriter. It could happen.