Heads Up: You Probably Have Herpes, And You Definitely Don’t Know It

Here’s why you shouldn’t panic. 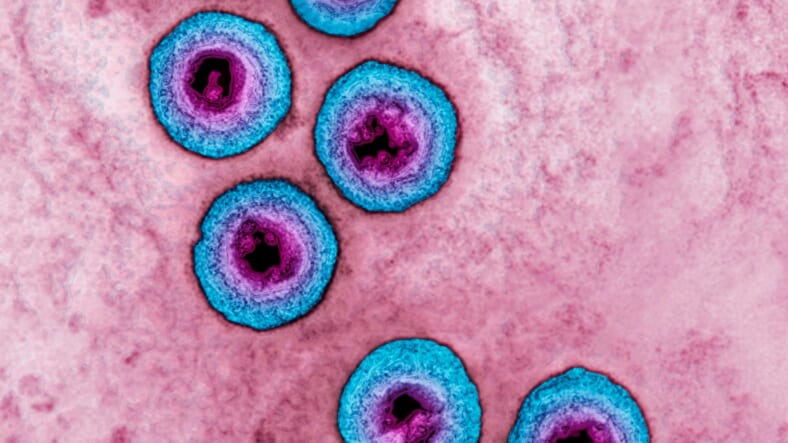 Do you fear the shame and isolation of living with herpes? Don’t: Almost everyone has it, according to recent data.

A first-ever analysis on the prevalence of herpes conducted by the World Health Organization (WHO) indicates that two-thirds of the global population under the age of 50 are living with herpes simplex virus type 1 (HSV-1, or “oral” herpes). That’s more than 3.7 billion people, 178 million women (49%) and 142 million men (39%) of which live in the Americas. At this rate, at least 90% of Americans have been exposed to the virus.

Additionally, the WHO estimates that 417 million people aged 15-49 years have herpes simplex virus type 2 (HSV-2), which causes painful, horrible genital herpes. The CDC estimates that one in six Americans have genital herpes caused by HSV-2.That’s not the only stunner in the WHO report: Vice News notes that close 90% of people who have the HSV-2 strain “don’t know they have it because doctors rarely screen for it, according to the Centers for Disease Control.” That means that you probably have herpes, or have had close contact with someone who does, and neither of you know it.

Don’t panic. Even if you do have herpes, living with the virus and its symptoms can be manageable. The National Institutes for Health notes that people living with genital herpes rarely have outbreaks, which, ironically, contributes to the spread of the disease. The only time when genital herpes enters life-threatening territory is if you’re having sex with someone with HIV.

The real trouble with herpes is the stigma. Despite its ubiquity, people with herpes are often subjected to shame, isolation, and anxiety. It’s “thought of as a disease only the promiscuous and cheating-types get, and is a popular joke topic,” wrote Jon Fortenbury in The Atlantic in 2014. “All of this insecurity, discouragement, rejection, tears, anger, counseling, suicidal tendencies, humiliation, shame, and isolation is caused by the stigma of a skin condition that usually doesn’t show up most or even all of the year and can be contracted after having protected sex one time.”

Fortenbury’s right. Not only is herpes less dangerous than other STDs, but it’s so common that there should be zero stigma. It’s not an aberration, an indication of a moral failing; as the WHO data makes clear, it’s a fact of life. So don’t panic: If someone gives you shit for having herpes, chances are they probably have it too — and just don’t know it yet.