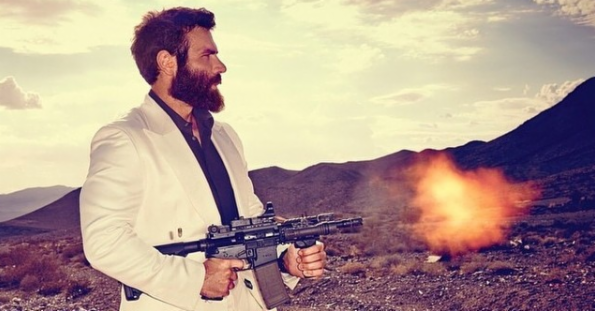 The “King of Instagram” proclaimed that trophy hunting “is for dudes with small dicks” in a recent tweet, adding the hashtag #EatWhatYouKill.

The social media star and certified gun nut isn’t alone in his sentiments.

Everyone from professional outdoorsman Steven Rinella to Joe Rogan have preached the virtues of hunting animals only for food.

In the past, trophy hunters killed in the wild have been ridiculed on social media after their deaths.

Bilzerian’s tweet came just days after news broke of the Trump administration’s plan to reverse an Obama-era ban that prevented hunters from importing elephant trophies killed in Zimbabwe and Zambia to the United States.

Recent tweets from President Trump suggest that he may yet change his mind on the controversial issue.

One thing’s for sure, aside from being reviled by animal rights supporters and many hunters alike, big game trophy hunters also now have to reckon with Bilzerian assailing the size of their packages.