Science Just Proved That Dogs Are Better Than Cats, And We’re Not Going to Disagree

Hope we’re not being too “ruff.” 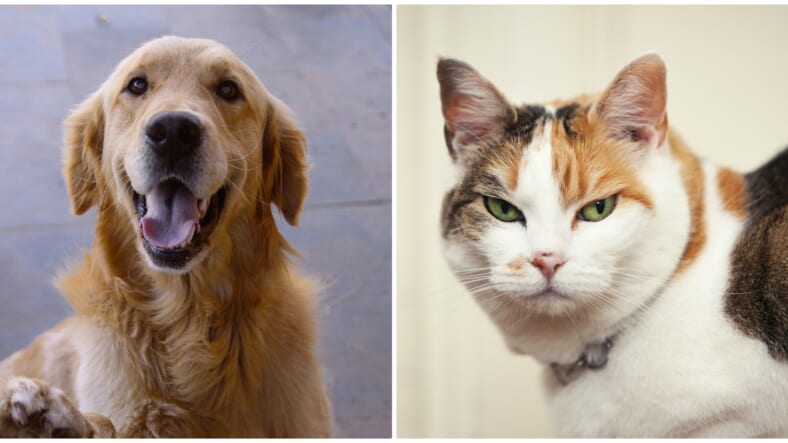 Which do you think is better – a dog or a cat?

If you think dogs are way better than cats, high five, my friend. I totally agree with you. Dogs are amazing, and cats kinda suck. Sorry not sorry.

If, for some reason, you think cats are better, you’re wrong. I have nothing more to say about that. You’re just wrong.

And guess what? Science agrees with me that dogs are the better species, which makes me really happy. Seriously – from a scientific standpoint, cats are basically worthless, whereas dogs are furry little angels that exist to make humans happy.

Rebecca A. Johnson, Director of the human-animal interaction research center at the University of Missouri College of Veterinary Medicine, says that if you want to be happy and healthy, you should just get a dog, because dogs are superstars.

“You need to walk, and so does your dog. It’s good for both ends of the leash,” she told the New York Times, suggesting dogs are the key to health, wealth, and prosperity.

Furthermore, a study from Michigan State University found that about half of dog owners get at least 30 minutes of exercise per day (which is ideal), probably because dogs are happy and active and like to run and stuff.

If you’re a cat person and you’d like to argue that you can put a leash on a cat and walk it for half an hour, let me stop you right there. Cats are lazy little shits who would probably rather die than take a walk with you.

Anyway, dogs get even more brownie points because they’re really good at picking up on your emotions, so they can reciprocate your feelings to fit your mood. Aww, they’re so thoughtful. Darling angels.

A study conducted at the University of Lincoln’s School of Psychology and the University of Sao Paulo, Brazil, presented a bunch of dogs with images and sounds portraying either positive or negative human emotions, and found that they were indeed able to associate negative voices with negative faces, and vice versa.

“This is the first empirical experiment that will show dogs can integrate visual and oratory inputs to understand or differentiate human emotion as dog emotion,” Dr Kun Guo, from the University of Lincoln’s School of Psychology told Reuters.

After praising dogs so much, I feel like I should throw in a good word about cats, too, even though they’re mean and antisocial. A study found that cats can lower their owner’s blood pressure a little, but it’s whatever. Who needs lower blood pressure anyway?

There is, however, one fault dogs have that I should probably mention. Compared to cats, they are a little more reckless. According to the CDC, nearly 88 percent of animal-related falls and broken hips and stuff in old people are caused by dogs. Womp womp. That’s pretty bad, but I forgive them.

In conclusion, that’s why dogs are way better than cats. Nonetheless, it’s your life, and if you choose to love cats, you do you. You’re wrong, but it’s your choice.