Elon Musk Now Worth $230 Billion, As Much as Bill Gates and Warren Buffett Combined

Tesla founder and CEO Elon Musk jumped to the top of the billionaire heap thanks to SpaceX. 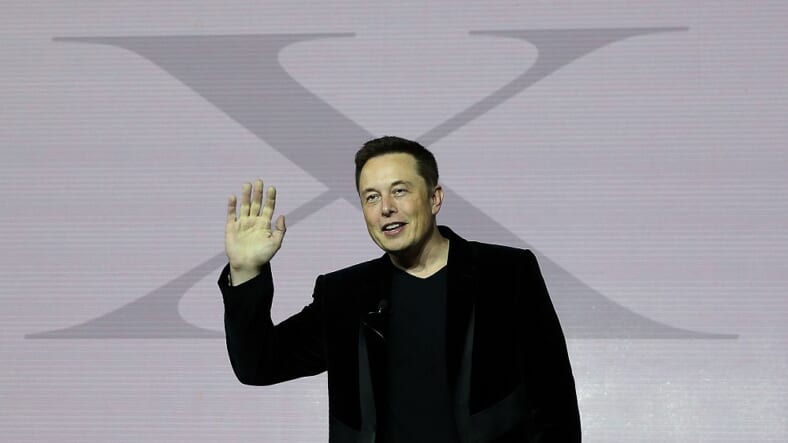 Elon Musk is going through a split from pop singer Grimes, lives in a pre-fab house in Texas, and is dogged day and night on social media by people wanting, well, everything, but there’s a good chance that Musk isn’t worried. Who would be if their combined wealth equaled that of two men—Bill Gates and Warren Buffett—whose names are synonymous with being extremely rich?

That’s where the founder of Tesla and SpaceX is now, sitting atop the Bloomberg Billionaire’s List, almost $40 billion ahead of the second richest man, Amazon founder Jeff Bezos.

CNBC reports on how the South African-born tycoon got there:

Both Gates and Buffett previously held the mantle of world’s richest person. Musk first passed Amazon CEO Jeff Bezos to become the world’s richest man in January with a net worth of $185 billion. Bezos had held the title since 2017.

Musk has added more than $60 billion to his fortune this year thanks to the strong performance of Tesla stock as well as a recent share sale at SpaceX which valued the company at $100 billion. The SpaceX deal added $11 billion to Musk’s net worth, according to Bloomberg.

The other side of the coin, however, is this: Gates and Buffett sit where they do on the Bloomberg list today because they have given away substantial portions of their fortunes to charitable causes. Musk has been accused of not being philanthropic enough, but he has indicated he prefers his donations to remain anonymous.

Musk isn’t resting on his mountain of money, though it’s far too large an amount to ever run out—he’s still working on endeavors like The Boring Company, Neuralink, and Starlink satellite-based internet service. He’s only extending his reach and adding to his sources of income.

With $230 billion or so to fund his efforts, it will be hard to imagine a future not heavily influenced by Elon Musk. So when it’s 2040 and your Neuralink implant alerts you that you’re late for your SpaceX flight to your job boring holes through the Moon for The Boring Company (using Tesla-designed electric boring machines, probably) you’ll definitely have Musk to thank. Or to blame.