Facebook Dating App Has Launched In U.S. And Here’s How It Works

Facebook Dating is designed to turn those likes into love. 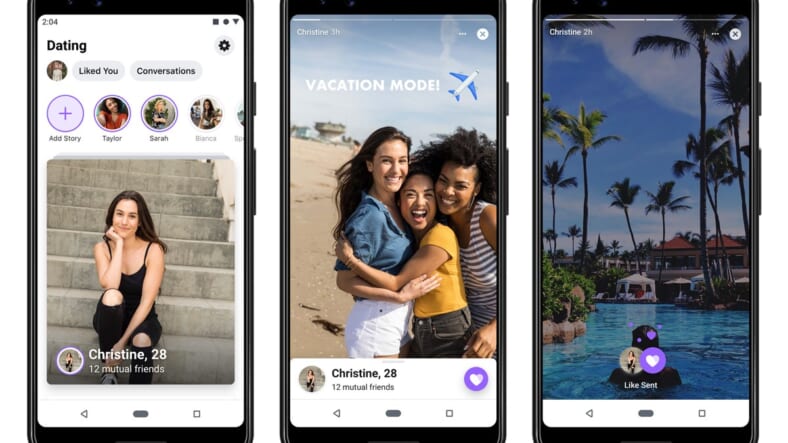 Facebook just launched its very own dating service called Facebook Dating, which gives users the ability to filter and match with potential love interests based on location, age, and other factors.

For the new dating feature, all you need to do is set up a new profile like you would any other dating app with details like your height, religion, job title, where you work, where you went to school, and if you have children.

People will then be suggested to you based on your preferences, interests, and other factors thanks to Facebook’s extensive cache of data on you and everyone around you.

But here’s the unique thing about Facebook’s new app: You don’t need to wait for someone to like you to get the ball rolling, and unlike other dating apps there’s no right or left swiping feature.

Facebook Dating isn’t about swiping or having to wait for someone to like you to get a first chance at reaching out. If you are interested in someone, you can comment directly on their profile or tap on the Like button to let them know. If you aren’t interested, you can pass on them.

Facebook Dating allows you to match with friends of friends and/or people not in your friend circle. Facebook Dating won’t match you with friends, unless you choose to use Secret Crush and you both add each other to your list. All of your Dating activity will stay in Facebook Dating. It won’t be shared to the rest of Facebook.

Users won’t awkwardly match with Facebook friends or Instagram followers if they don’t want to since that option if turned off by default. If there is someone you’re interested in, however, you can add them to your Secret Crush.

The messages from the new app will be in their own separate inbox and won’t be combined with your normal Facebook messages, and you won’t be able to send links, photos, or payments for security purposes.