Police say he was arrested after trying to use another phony check to buy three Rolex watches. 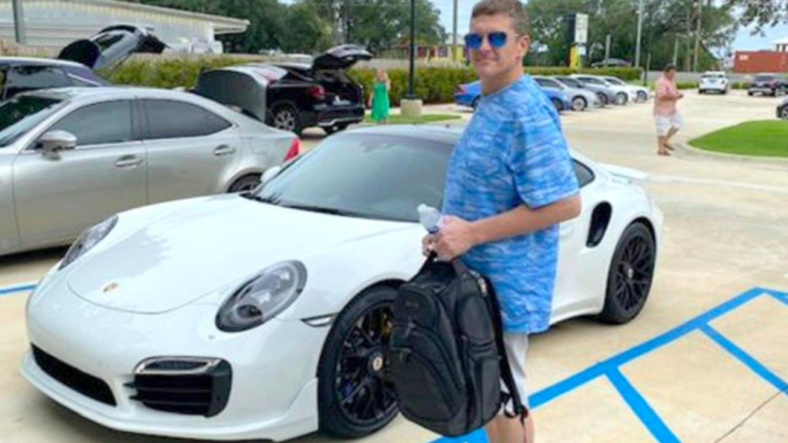 There are weird crimes happening around the world every day. But “Florida Man” is legendary for a reason. The latest example: Northwest Florida Daily News reports one Casey William Kelley, 42, allegedly took the minimalist approach to a luxury lifestyle through the magic of a massive amount of chutzpah and his home computer printer, which he used to temporarily acquire a Porsche 911 Turbo.

According to Walton County authorities, Kelley found the Porsche 911 of his dreams at a Destin dealership. The $139,203.05 price tag didn’t deter him one bit. Police say the Wewahitchka man simply went home, whipped up an apparently plausible-looking cashier’s check for the amount, and drove off the lot a happy man.

Not being an actual check, the paper was worthless and the dealership reported the Porsche stolen. Kelley, however, was riding the wave. He then headed to Miramar Beach, where he allegedly pulled the same fake-out, this time at a high-end jewelry store.

Kelley reportedly gave the store another fake check for $61,521, hoping to score three Rolex watches. The jewelry store, however, wasn’t so quick to let this high roller out the door with their merch. They held onto the watches while waiting for Kelley’s check to clear. It didn’t, of course, and Kelley was arrested last week.

The Northwest Florida Daily News reports that Kelley admitted to investigators that he had created the checks at home. He was booked into the Walton County Jail and charged with uttering a false banknote and grand theft of a motor vehicle.

Casey William Kelley could face a lot of time in prison. But the memories he undoubtedly has now of riding down a Florida highway in a Porsche with the wind in his hair? Those are priceless.