Thanks a lot, Gen Y. 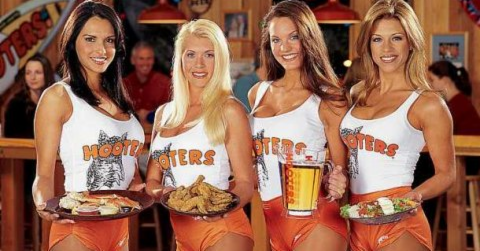 According to Business Insider, the number of Hooters locations in the U.S. dropped a staggering 7 percent from 2012 to 2016, and sales have been stagnant.

The franchise that garnered fame for its scantily-clad waitresses has made notable changes in strategy, presumably to appease millennials. In 2012, a plan launched to give restaurants nationwide got a makeover with updated decor and new menu items.

They’ve even opened up fast-casual locations, called Hoots, in which female and male servers are fully-clothed, effectively rendering the eateries indistinguishable from every other boring wing joint around.

Nice one, millennials. Try not to fuck anything else up, OK?