The brave new world of hoverboard crimes is around the corner. 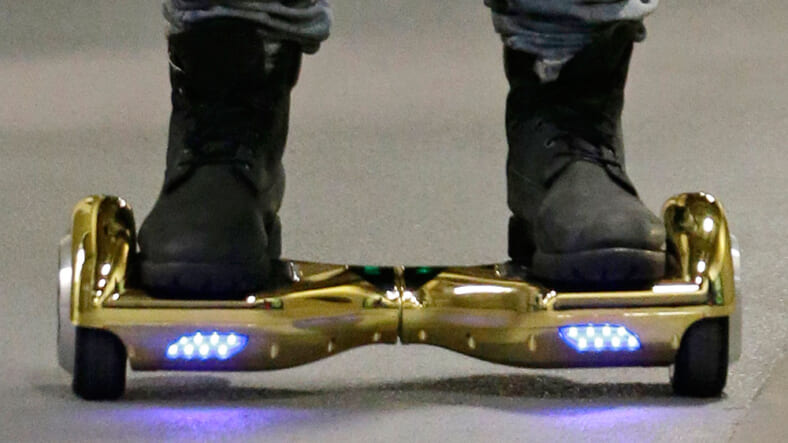 Hoverboards—those self-balancing electronic scooters descended from the equally dorky Segway—have been having a tough time of it lately. They’ve been burning, banned, and completely removed from Amazon. Now comes the capper: On Thursday morning in Dallas, Texas a hoverboard allegedly functioned as an accessory to attempted murder.

From the Dallas News Crime Blog:

An armed man on a hoverboard eluded police after shooting a man early Thursday morning in northwest Dallas. (. . .) The victim was taken to a local hospital, Dallas police spokeswoman Tramese Andrews said. His injuries were not believed to be life-threatening.

Details were few early Thursday afternoon. A report from Dallas’s Fox News affiliate indicated the scooter-borne shooter was described as a “a black male with dreadlocks.”

The victim of this latest moment in hoverboard-related infamy was treated at Parkland Hospital, the same medical facility where JFK was pronounced dead after his assassination in 1963.

This isn’t the first hoverboard-related crime of 2016, simply the most recent. In January, gunmen menaced hoverboarders in Virginia. Earlier that month an Atlanta teen was shot by a hoverboard thief.

It appears that regardless of government measures declaring hoverboards unsafe and the machines rolling off the shelves and into storage overnight, the hoverboard menace will continue for the foreseeable future.