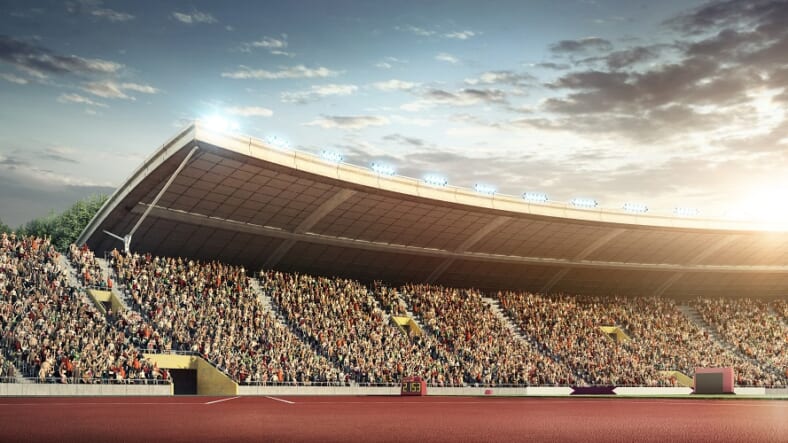 Imagine you’ve got seats at Super Bowl 51, a reasonable perch in an end zone high enough to have a good view of play and close enough to see every detail of skirmishes at the goal line. Mid-game, you look up and the sky over the stadium is full of large but still commercially available quadcopter drones, and they’re carrying some kind of payload. One by one they fall, and a string of explosions sends panic like a wildfire through the crowd. Total Tom Clancy thriller fiction scenario, right? Not to some British intelligence analysts who recently spoke with the Daily Beast. To members of the UK think tank Open Briefing, this kind of terrorist attack, likely executed by ISIS, is an all-too chilling and plausible possibility.

The group, which The Daily Beast reported is made up of “former military specialists and intelligence agency operatives,” has been monitoring the worldwide popularity of commercial drones, and they’ve kept track of ISIS’s battlefield innovations:

What [Open Briefing] now see[s] is a cheap and easily accessible technology that is particularly suited to the limited resources and ability of the small, widely dispersed terrorist sleeper cells that are known to exist in Western Europe and the United States—or lone wolves indoctrinated by ISIS or al Qaeda, like the San Bernardino attackers.The experts believe that ISIS has already recognized the opportunity provided by off-the-shelf drone technology in its planning of attacks on Western cities.

Chris Abbott, Open Briefing’s executive director, told The Daily Beast that ISIS has already been using drones in territory it controls in Iraq and Syria “quite successfully for battlefield awareness.” But ISIS will likely focus their aerial attacks on Western targets, as the terror group is “in direct competition now with al Qaeda, and are desperate to launch a mass casualty attack on Western targets.”

“A swarm drone attack against a large sporting event,” Abbott concluded, “would be potentially disastrous.”

Probably no “potentially” about it, really.

The Daily Beast report notes that fears of drone terror have prompted British lawmakers to encourage a new technology called “geo-fencing.” If geo-fencing was put in place, special firmware installed in every drone would disable it the moment it crossed into a known no-drone zone, such as an athletic venue, power station, or airport.

Until then, at least there are companies already preparing for the looming drone menace with lasers, sophisticated ‘death rays,’ and even shotguns. Looks we’ll need them sooner rather than later.