The jokey petition targeting the world’s richest man is truly out of this world. 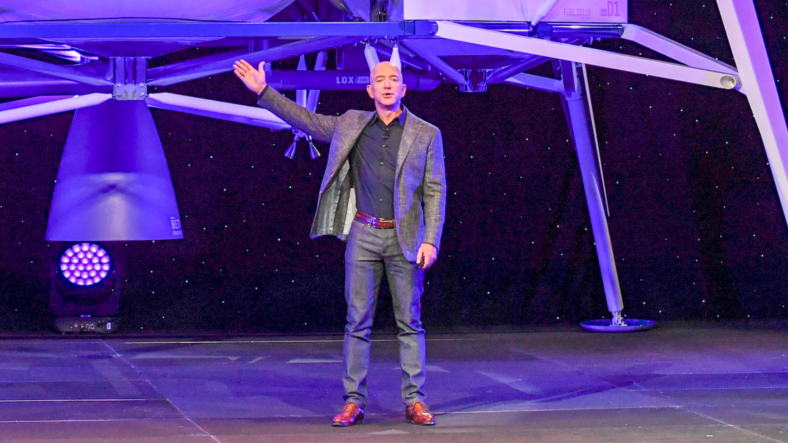 But some online jokers hope the world’s richest man stays there, at least according to a humorous online petition with more than 13,000 signatures and counting calls for Bezos to be denied reentry to Earth.

The petition’s wacky wording gives an idea of the absurdity of the online plea:

“Jeff Bezos is actually Lex Luthor, disguised as the supposed owner of a super successful online retail store,” the petition reads. “However, he’s actually an evil overlord hellbent on global domination. We’ve known this for years.”

The petition gets even zanier with mentions of Masonry, the Knights Templar, and the late Jeffrey Epstein, ending with, “This may be our last chance before they enable the 5G microchips and perform a mass takeover.”

This isn’t the only weird online petition involving billionaire Bezos, reports CNET. A petition urging the tech mogul to “buy and eat the Mona Lisa” has more than 8,500 signatures.

Bezos, his brother Mark, and one (lucky?) auction winner will ride along on the first crewed flight of Blue Origin’s New Shepard on July 20.