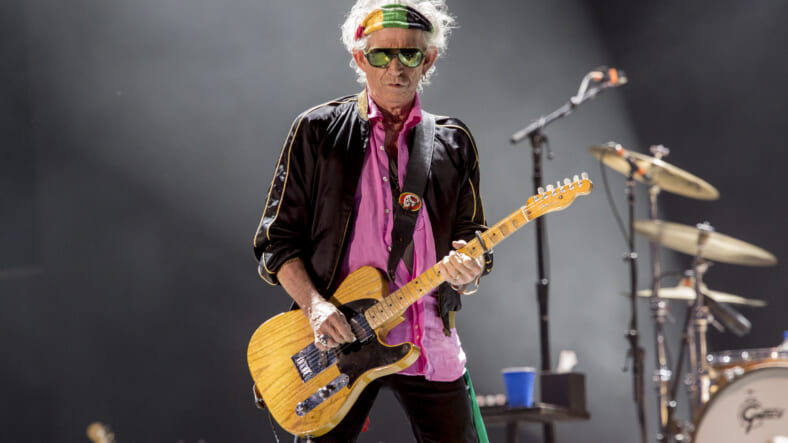 Keith Richards recently announced that he quit drinking about a year ago after a lifetime as the poster child for party monster rock legends everywhere.

“It’s been about a year now,” the Rolling Stones guitarist told Rolling Stone about his decision to go sober. “I pulled the plug on it. I got fed up with it.”

The 74-year old rocker says he still enjoys a “glass of wine occasionally, and a beer,” but his days hitting the bottle are behind him.  “It was time to quit,” he added. “Just like all the other stuff.”

However, his newfound days of sobriety are a bit of an adjustment. “I don’t notice any difference really — except for I don’t drink. I wasn’t feeling [right]. I’ve done it. I didn’t want that anymore.”

Following a struggle with substance abuse, fellow Rolling Stone Ronnie Wood got sober in 2010, and says he’s happy for his bandmate’s decision to put the bottle down.

“It just wasn’t working anymore, you know,” he says. “I think the Keith that we used to know and love had this cutoff point where if he had one more, he’d go over the top and he’d be nasty. The cutoff point became shorter and shorter, you know, and he realized that.

“He’s a pleasure to work with, much more mellow. He’s open to more ideas, whereas before I’d kind of grit my teeth and go, ‘He’s gonna give me some shit for saying this.’ Now, he’ll say, ‘That’s cool, man.’ “