Does the Keto Diet Actually Help People Lose Weight? Here’s What Science Has to Say

The results may surprise you. 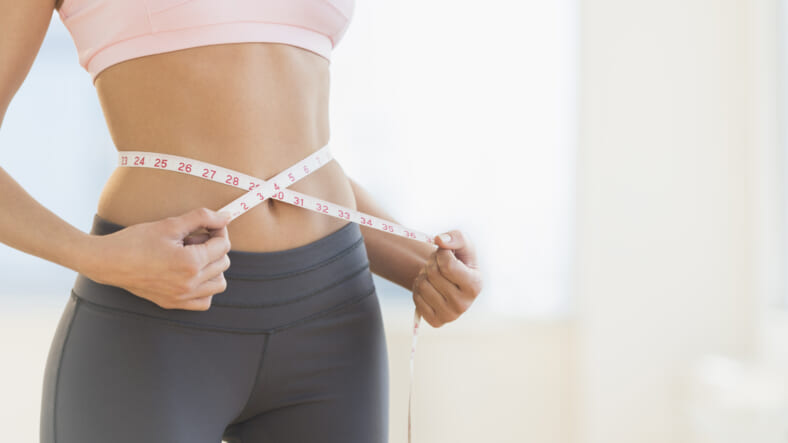 A while ago, we heard from a top cardiologist that the keto diet—a.k.a. high fat and little to no carbohydrates—is complete BS and that no one should do it, because it can lead to a 53 percent increase in mortality rates. Yikes.

Okay—so it can make you die faster, but does it actually work for losing weight and actually keeping it off? Because that’s all that matters, I guess.

Thanks to $12 million study conducted by researchers at Boston Children’s Hospital, we now know that keto and other low-carb diets really do help you lose weight and keep it off. Mainly because when it comes to shedding pounds, counting calories doesn’t matter too much. Rather, it’s nutrient quality that matters.

For the research, scientists studied 164 adults between the ages of 18 and 65 years old who all had a body mass index, or BMI, 25 or greater. In layman’s terms, they were all overweight.

At the end of the study, participants who ate a low-carb and high-fat diet (similar to the keto diet) saw the most results, and had lower levels of insulin—which encourages fat loss—and burned over 200 extra calories per day.

The researchers believe the reason for the lack of results with the high-carb diet is because carbohydrates increase insulin in the body, which inhibits fat loss.

Here’s how the insulin/carbohydrate connection works: Insulin is a fat-storing hormone, and high insulin levels lead to more stored fat and insulin resistance—that’s when cells require more and more insulin to function.

Carbs become glucose once they hit your digestive system. Eat a high carb diet and you’ll always have high levels of glucose in your blood.

Insulin pushes that glucose into your cells as glycogen and then sugar levels drop. But since only a certain amount of glycogen can be stored in the body, the rest is stored as fat.

Once the body is accustomed to high insulin levels, we become insulin resistant. Bodies require more of the hormone to function normally and that leads to extreme hunger, fatigue, diabetes, and a slew of other health concerns.

That said, study findings revealed that a low carb diet alone without exercise could lose you up to 22 pounds in three years. Furthermore, it could also help offset or at least delay hormonal changes that make you feel hungry, and could provide better blood sugar control for those with diabetes or pre-diabetes.

In the end, the keto diet definitely works for weight loss and health reasons. However, it has repercussions, because extreme diets are never healthy. You literally can’t keep up a keto diet for a long time because willpower has a limit. You’re going to cave and binge on bread and sweets sooner or later.

So, instead of going full keto, it’s way healthier to simply limit your intake of carbs instead of completely cutting them out. This way, it’s easier on your body—and on your self-control.