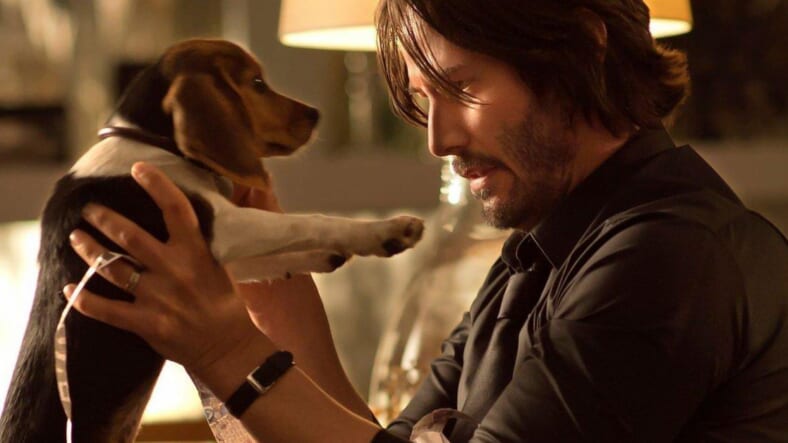 Dog killer dies after pet owner rams him into a wall with his car https://t.co/Eocvt67KOg pic.twitter.com/sv4FYGAzhJ

With all the vengeful fury of a real-life John Wick, a Chinese pet owner killed a man suspected of murdering a half-dozen dogs with poison.

Security camera footage recorded in the Provincial city of Yangzhou reportedly shows an assailant shooting a dog with a poison dart gun before fleeing the scene on his scooter.

When the pet’s owner found his pooch whimpering and paralyzed, he chased down the suspect with his car and rammed him through the brick wall of a shop, according to Metro.

Yangzhou City Police arrested the driver on manslaughter charges after the dog poisoner died at the scene.

The pet owner’s family claims he got “the pedals confused as he was driving” and didn’t mean to ram and kill the man.

A relative of the deceased said, “Even if we were in the wrong, that does not give you the right to be judge, jury and executioner.”

Dog poisoning has become all too common in regions across China. The Telegraph reports that hunted pets are sold to restaurants for meat.

As recently as December, 2000 pounds of dead dogs were found during a cold storage facility raid in the Chinese province of Anhui.

We’re not going to condone homicide, but we aren’t going to mourn a dog killer, either.