Turns out Ron Burgundy may have been right after all. 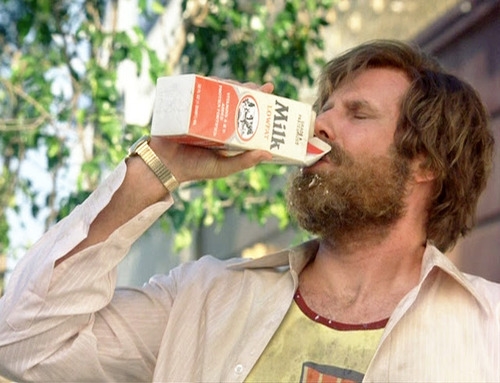 According to a recent study from researchers at St. Andrews University in Scotland, drinking skim milk will keep you hydrated better and for longer than water.

Sounds crazy, yet here we are. The study was led by Professor Ronald Maughan of St. Andrews School of Medicine and set out to determine which beverage is best for replenishing lost electrolytes and keeping the body hydrated for longer.

Most would guess still water or an electrolyte solution like Gatorade would be most hydrating, but the results revealed that skim milk of all things provides the most hydration.

Maughan explains that the reason why milk is so effective compared to water is because of its winning combination of sugar lactose, protein, and tiny fat percentage, all of which slow down the rate at which fluids are emptied from the stomach. This provides longer-lasting hydration.

Moreover, milk contains electrolytes like sodium and potassium which helps your body retain the fluids in your bloodstream for a longer period of time rather than quickly processing it into urine.

When it comes to the distinction between skim milk and full fat milk, it seems as though the lower fat content of skim milk makes it best for hydration.

Melissa Majumdar, a dietitian, personal trainer, and spokeswoman for the Academy of Nutrition and Dietetics told CNN of the findings: “This study tells us much of what we already knew: Electrolytes — like sodium and potassium — contribute to better hydration, while calories in beverages result in slower gastric emptying and therefore slower release of urination.”

Here are the 13 beverages Maughan and his team tested, ranked in order from most hydrating to least.

While we’ll still be sticking with plain old water, at least Ron Burgundy’s choice of chugging milk on a hot San Diego afternoon in Anchorman (see video above) has been proved to be not such a “bad choice” after all.