A Judge Just Ruled on the Legal Nature of Monkey Selfies

What a world we live in. 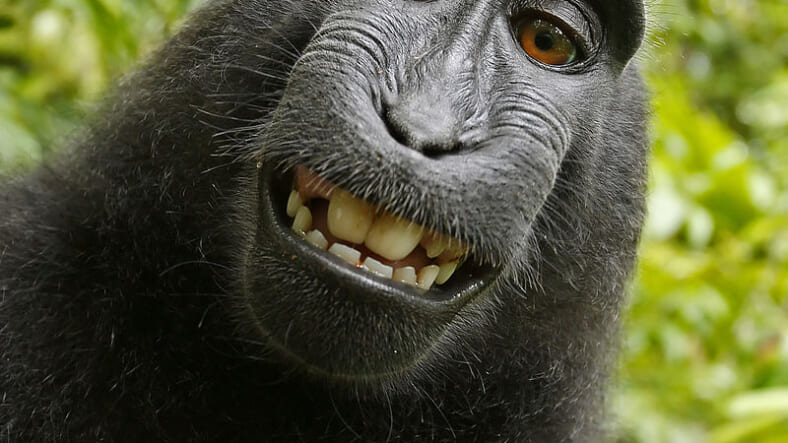 In a blow to simian photographers throughout the natural world, a federal judge issued a tentative ruling Wednesday that the toothy macaque smiling in the famous ‘monkey selfie’ photo above does not actually own the photo.

Canon and Nikon-toting gibbons, orangutans and chimpanzees the world over were surely shocked by U.S. district Judge William Orrick’s declaration that six-year-old “Naruto” did not, regardless of what People for the Ethical Treatment of Animals (PETA) contended, have the ownership, usage or distribution rights to benefit from their own photos.

Naruto certainly did take her own snap—she commandeered British photographer David Slater’s camera while he was on a trip to Sulawesi in 2011. Slater, who stands to benefit from Judge Orrick’s opinion, contended the case should be dismissed. Slater says his company, Wildlife Personalties Ltd., not the macaque, owns the distribution rights.

The Associated Press reported that Judge Orrick’s ruling stated that the government can indeed pass laws that cover animals as well as human beings. However, there isn’t anything in current copyright laws that help the macaque’s —or PETA’s — claim to ownership.

PETA is by no means done with its defense of Naruto’s right to proceeds from this viral photo. The Daily Mail reported that the organization’s general counsel Jack Kerr said they will appeal. That they’d received a ruling at all made “legal history,” said Kerr, “because we argued to a federal court why Naruto should be the owner of the copyright rather than been seen as a piece of property himself.”

Kerr added that the case was truly about “exposing the hypocrisy of those who exploit animals for their own gain.”

That may be. But for now, the battle for selfie-taking members of the animal kingdom everywhere soldiers on.