An inside look at the disastrous fest that scammed Instagram rich kids, famous supermodels and even Ja Rule. 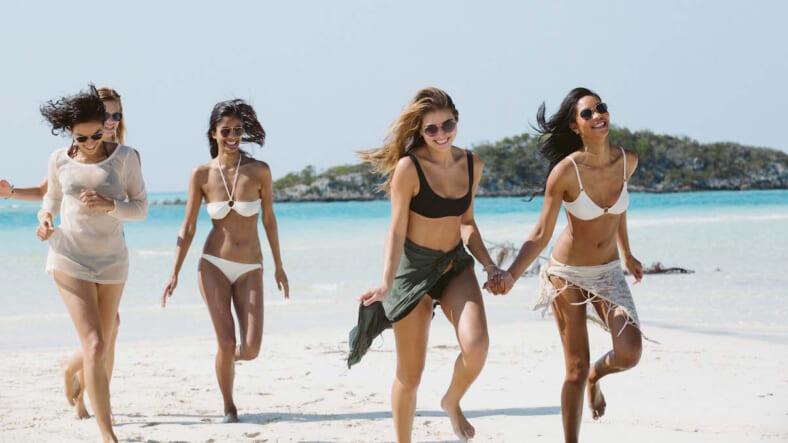 Get your exclusive first look at FYRE — a revealing new doc about the insanity and rapid unraveling of Fyre Festival: the greatest party that never happened. Premieres January 18. #NetflixNewsWeek pic.twitter.com/B4iaR3UJwM

The Fyre Festival was one of the most remarkable con jobs in ages, one that left a lot of angry rich kids and Instagram influencers in its wake, and the internet neck-deep in schadenfreude. It’s a natural documentary subject, and Netflix is teeing up a new doc about it, FYRE.

Produced by Vice Studios, FYRE is set to bring viewers inside the disastrous non-event ginned up by scammer extraordinaire Billy McFarland—now doing prison time for his con—and his unfortunate patsy, Ja Rule.

Netflix says the doc is an “exclusive behind the scenes look at the infamous unraveling of the Fyre music festival” which was “was promoted as a luxury music festival on a private island in the Bahamas featuring bikini-clad supermodels, A-List musical performances and posh amenities. Guests arrived to discover the reality was far from the promises.”

As Maxim previously reported, Tickets to the festival ran between $4,000 and $12,000, with the crazy price of admission including a chartered flight from Miami, private villas to sleep in, yacht rides with gorgeous Instagram models, and performances from the likes of G.O.O.D. Music, Major Lazer, Blink-182, Disclosure, and more.

The Fyre Festival was promoted by some of the biggest names on Instagram, like former Maxim cover model Hailey Baldwin, Kendall Jenner, and Bella Hadid. They had no idea what McFarland was up to and took part in promos that looked about as luxe as you’d expect for such big ticket prices.

What attendees discovered when they got there was a total sham, complete with failure sandwiches and empty event stages.

The most popular thing on the internet today? This cheese sandwich. Thank you, Fyre Festival. pic.twitter.com/cW6uVc27dB

Though she and other models were duped just like the ticketholders, Hadid later apologized, saying “Even though this was not my project whatsoever, nor was I informed about the production or process of the festival in any shape or form, I feel so sorry and badly because this is something I couldn’t stand by, although of course if I would have known about the outcome, you would have all known too.”

Relive all this sad ridiculousness when FYRE begins streaming January 18, 2019.