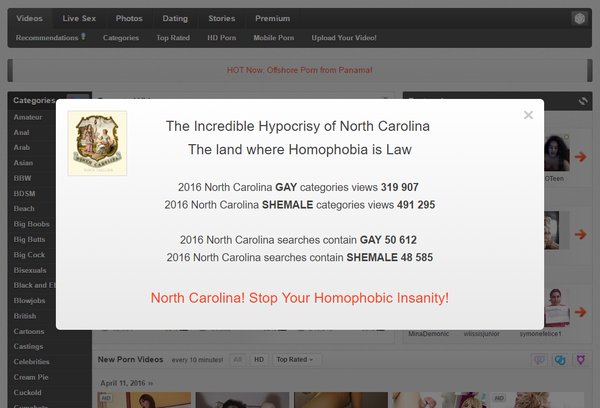 It looks like residents of North Carolina are going to have to get their rocks off elsewhere.

“We have spent the last 50 years fighting for equality for everyone and these laws are discriminatory, which XHamster.com does not tolerate,” he said in a statement. “Judging by the stats of what you North Carolinians watch, we feel this punishment is a severe one. We will not standby and pump revenue into a system that promotes this type of garbage. We respect all sexualities and embrace them.”

“Hopefully, [the petition] will get as many signatures as the ‘transsexual’ searches,” he said.