Your Table Salt is Loaded with Plastic, Study Finds 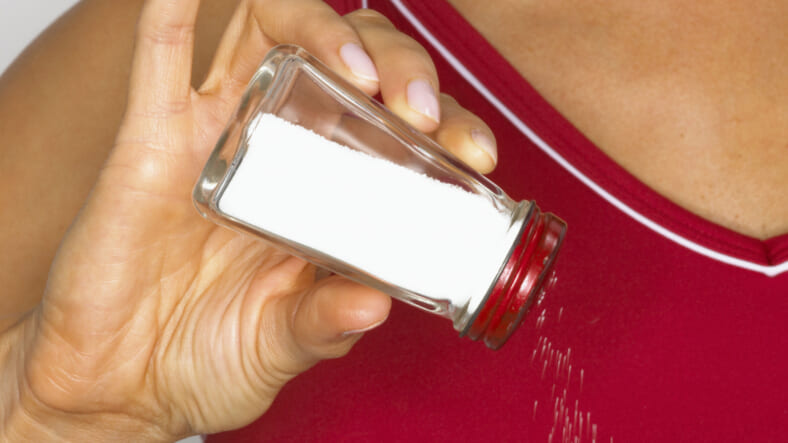 According to a new study published in the scientific journal Environmental Science & Technology, most of the world’s normal table salt contains actual plastic in it. Everyone is sprinkling literal plastic on their food.

In the study, researchers tested 39 brands of salt from around the world, and found microplastic in 36. That translates to 92 percent.

Let me reiterate: 92 percent of the world’s salt contains plastic. Sprinkle it on your noodles then use it to patch a beach ball. Anyway, everyone, including Salt Bae, is using salty plastic to flavor their food. Maybe we should rename him Plastic Bae.

“Recent studies have found plastics in seafood, wildlife, tap water, and now in salt,” says Mikyoung Kim, a campaigner for Greenpeace East Asia and collaborator on the study, in a press release.

“It’s clear that there is no escape from this plastics crisis, especially as it continues to leak into our waterways and oceans.”

I, for one, would rather not consume plastic. Let’s all live by the age-old saying: Reduce, Reuse, Recycle. Though it’s probably not doing much to save the planet at this point.