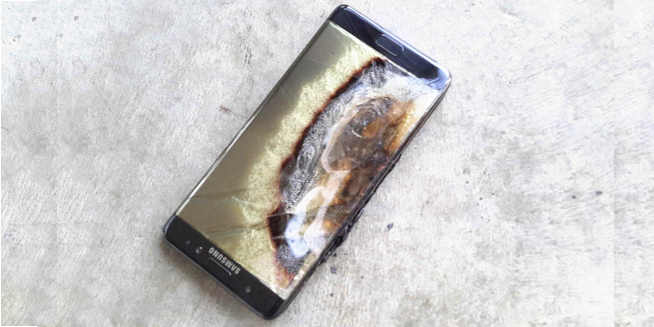 Obviously when we initially wrote that the Galaxy Note 7 looked like it had a “slew of killer new features,” we didn’t intend that to be a literal threat. Since then, a Jeep allegedly caught fire and more recently a 6-year old was badly burned when one spontaneously combusted in his hands.Samsung has been working closely with the U.S. Consumer Products Safety Commission on how to resolve the wildly successful and unfortunately flawed battery in the Note7.

As part of the Exchange Program they’ve come up with so far, here are two options for those who’ve bought the otherwise stellar-looking phablet:1. Replace your Note7. This is based on the phone maker receiving official clearance from the CPSC to distribute new ones. In the meantime, see your carrier about providing a free loaner until that happens.2. Trade in your Note7 for an S7 or S7 Edge. You can also get a full refund for any Note7-specific accessories. And you’ll get credited back the difference between the value of the two phones.Whichever you choose, for your troubles, Samsung will also throw in a $25 gift card or statement credit. In the meantime, don’t be surprised if you’re flying and hear an FAA-mandated warning to keep your Note7 powered down and not charging.Can’t we just have an autumn without some hugely popular gadget exploding?