When you’re sleep-deprived, hitting the gym is pretty much pointless. 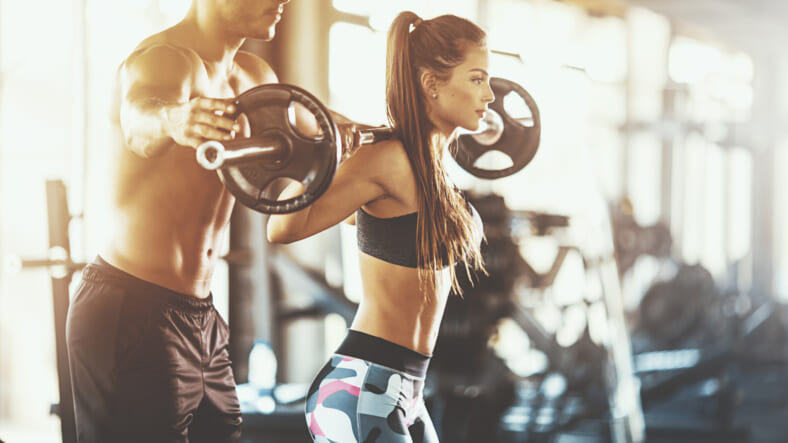 Guess what? Sleep deprivation is really, really bad for you. But you already knew that.

When you don’t get enough sleep, your risk of developing serious health problems increases significantly, including illnesses such as colon and breast cancer, diabetes, high blood pressure, and immune impairment. Science says so.

According to the CDC, 33 percent of Americans get fewer than seven hours of sleep, and considering it’s recommended that adults get seven to nine hours of quality sleep every night, many of us are jeopardizing our health.

But what’s more is that skipping out on those z’s isn’t doing you any favors when it comes to fitness, because a study conducted at Uppsala University in Sweden found that sleep deprivation can cause unwanted weight gain and muscle loss.

For the study, researchers had 15 participants get a normal amount of sleep, which they defined as “over eight hours.” Then, for the second part of the study, the same participants were kept awake the entire night to measure how sleep deprivation negatively affects the body.

After staying up all night, the researchers performed blood tests and biopsies of subcutaneous fat and skeletal muscle tissue on each of the participants.

The results revealed that after just one night of sleep deprivation, your body increases in adiposity, which causes adipose tissue to store fat, as well as cortisol levels, which is the body’s stress hormone that also encourages the breakdown of muscle tissue.

“These observations are thus the first to offer an explanation at the tissue level for two seemingly contrasting clinical phenotypes seen following experimental sleep loss in humans: gain of fat mass occurring concomitantly with loss of lean mass,” the researchers wrote in the study.

In other words, when you lose out on sleep and your body is fatigued, it doesn’t function properly and is prone to storing fat and burning muscle.

Furthermore, if that wasn’t enough for you to pay more attention to your sleep schedule for the sake of making those gains, a separate study from researchers at Stanford University discovered that sleeping more can make you a better athlete in terms of performance.

The researchers studied the university men’s varsity basketball team, and found that those who slept ten hours per night increased free throw and field goal percentages by nine percent each, and decreased their 282-foot sprint times from 16.2 to 15.5 seconds.

With all that said, the moral of the story is that without proper sleep, your gym flow will be way off, and you won’t lose weight and gain muscle like you want, and the opposite will probably happen.

So, my dear friends, let’s all make an effort to get enough sleep from now on, because sleep is amazing.