Here’s why you should take a hit before hitting the gym. 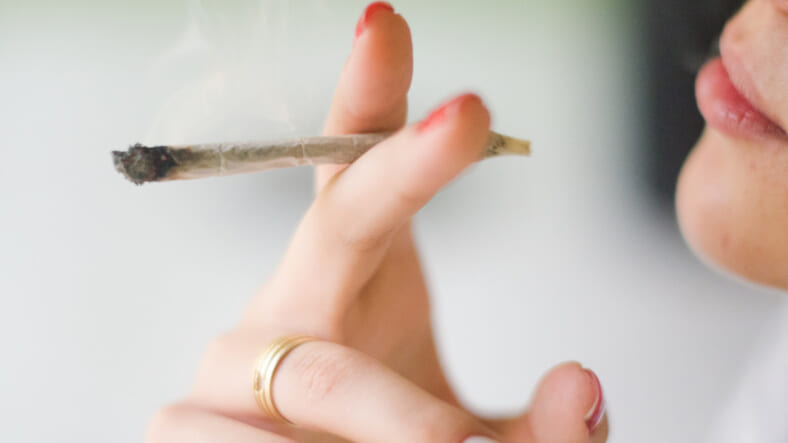 According to a new study from researchers at the University of Colorado, incorporating weed into your workout routine might have some surprising benefits and can seriously motivate you to push through those last few reps.

To determine the effects of marijuana on fitness and exercise, the researchers surveyed 600 cannabis users in the U.S. (in states where weed is legal) about their workout habits and marijuana use.

The results revealed that 80 percent of participants said they toke up an hour or less before working out, 67 percent get high within four hours after hitting the gym, and 40 percent said they feel it helps their workout performance.

With that said, it’s not too surprising that those who use marijuana before of after working out were found to exercise 43 minutes more per week than those who don’t.

“There is a stereotype that cannabis use leads people to be lazy and couch-locked and not physically active, but these data suggest that this is not the case,” says head researcher Angela Bryan.

“It’s counterintuitive, but there have been some studies to show that [cannabis] can help motivate you,” Dr. Dayna McCarthy from the Icahn School of Medicine at New York’s Mount Sinai hospital told MarketWatch.

“And there have been some studies that show cannabinoids can be beneficial in reducing anxiety,” which can improve athletic performance. And as for recovery, “CBD (cannabidiol) has properties that can decrease inflammation, and some studies have shown that it can decrease delayed onset muscle soreness which can ease pain, stiffness and inflammation.”

While this is an interesting discovery, it’s still wise to take it with a grain of salt because the participant group only consisted of marijuana users and there was no control group to compare the results to…but regardless, it might be worth trying out.