If You Knew The Insane Amount Of Calories You Consume From Alcohol Each Weekend, You’d Never Drink Again 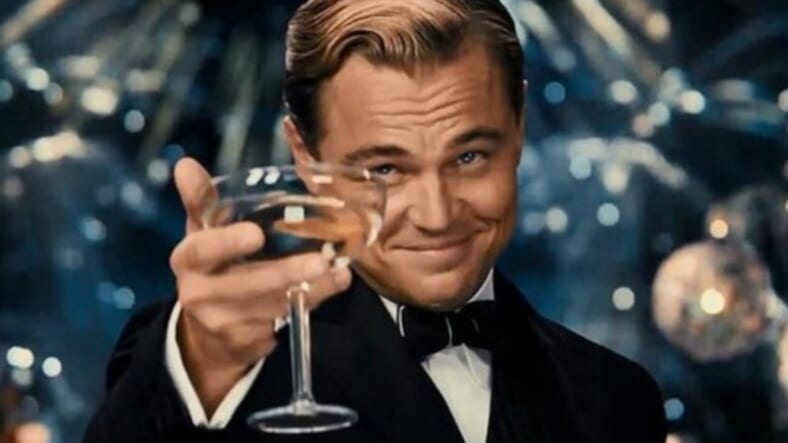 Listen, I love knocking back a pint or four and getting lit as much as the next person, but we all know alcohol has a shit ton of calories in it. It’s a lot of fun to turn up, but it’s less fun when you think about how you’re literally dumping hundreds of empty calories down your esophagus.

Sure, one shot of tequila or a glass of wine isn’t going to do much damage, but nobody stops after just one drink. Alcohol is just too fun to stop after one glass.

And that’s why a lot of people have a little extra junk in the trunk — we go out to have a good time, unknowingly drink a bunch of extra calories, and then we gain weight. Everything rosé has its thorn, I guess.

According to a new study from the University of Waterloo, binge drinking, which is defined here as drinking more than five drinks in one sitting, twice a week, can add up to over 114,000 extra calories per year, which is the equivalent of approximately 33 pounds of fat. Yikes.

That means if you get fucked up on Friday and Saturday, you’re consuming something like 2,000+ extra calories. Shiiit.

“Our estimates clearly show that even moderate levels of alcohol consumption can contribute to substantial caloric intake over the course of a year,” the authors concluded. Well, duh.

For the study, researchers had a large group of high school seniors from 89 different schools complete a survey where they recorded the amount of booze they consumed each week, and it was revealed that 39 percent of the students binge drink at least once a month, and 11 percent binge drink once a week.

Damn…if those are the percentages for high schoolers, don’t even want to know the number of people who binge drink during college.

Anyway, by comparing the drinking habits of the students with the nutritional information of popular types of alcohol, the researchers were able to estimate approximately how much weight a person might gain in the span of one year from binge drinking, thereby justifying the Freshman 15.

However, considering these numbers were drawn from a group of high school students, please take these findings with a grain of salt. If you’ve been “binge drinking” for years and are still nice and fit, you’re fine. Keep drinking.

But if your pants keep getting tighter and tighter, you might want to try drinking a little less and see if that helps.

Orrrr you could just drink a couple more shots of tequila until you don’t care about calories any longer. That’s what I’m going to do.