Someone Erected a Wooden Penis In The Austrian Alps, And Nobody Knows Why

Ah, the wonders of nature. 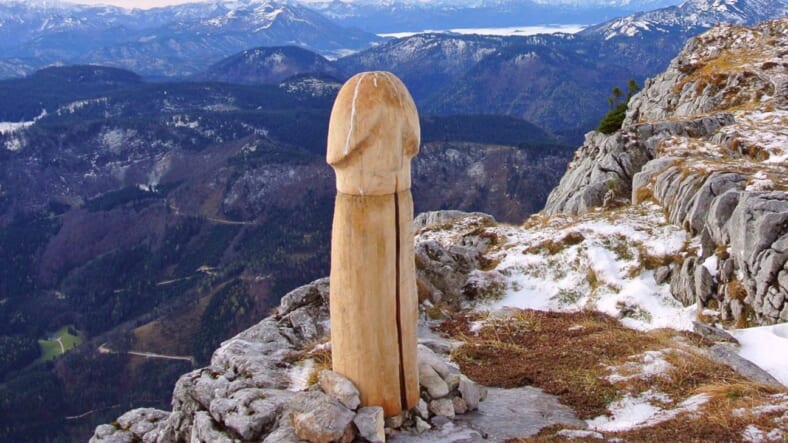 When you think of the Alps, you probably picture flowers, trees, Heidi, mountain goats, and The Sound of Music.

That said, you probably don’t think of penises, right? Right. But not anymore.

In one of the most random acts of construction in modern history, a mystery architect decided to erect a giant wooden member at the top of Ötscher Peak in Austria for hikers to enjoy, and nobody knows why.

The phallic discovery was made by hiker Marika Roth, who posted about it on her page Marika’s Berg-und Naturerlebnisse, and declared the meter-tall cock the unofficial mascot of Ötscher.

If you’d like to plan a trip to Austria to see the eighth Wonder of the World, you better act fast, because ski lift operators are doubtful that the statue is going to stay erect for long (haha, pun), and will likely go flaccid and fall apart when the next storm blows through the area. So sad.

But until then, a mighty big thanks to whoever carried the wood all the way up the peak to 6,200 feet. That’s determination.