5 Things You Should Know About Sunday’s Daytona 500 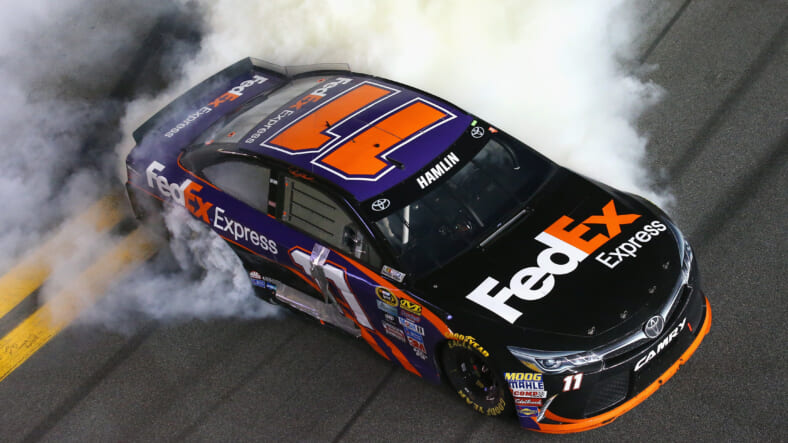 The Daytona 500 is once again roaring around its iconic Florida speedway on Sunday. Here are five things you should probably know about NASCAR’s biggest race, which kicks off the 2016 season.

1. Jeff Gordon will be commentating, not racing.

Hey, where’s his driver’s suit? That’s right, the 44-year-old NASCAR legend hung up his helmet after last season, so now he’s a television analyst for Fox, just like Terry and Howie at the stick-and-ball events. His early reviews have been positive, but the 500 is a long race and “wonder boy’s” haters are probably still dedicated as ever, even as he cruises into middle age.

You know Chase Elliott, he’s Bill Elliott’s boy. Remember, “Awesome Bill, from Dawsonville (Georgia)?” Turns out this kid is pretty good at pointing a stock car around oval tracks. The 20-year-old was 2014 champion of Nascar’s Nationwide series and now he’s in Gordon’s old car at Hendrick Racing in the Sprint Cup. Veteran teammate Dale Earnhardt Jr. offered the kid he calls “Clyde” some advice before qualifying, only to see Elliott put the car on pole. “We probably should’ve talked AFTER our final qualifying runs,” joked a chagrined Junior afterward on Twitter.

She’s got a new sponsor, Nature’s Bakery, and a sky blue look in place of the garish GoDaddy.com scheme she’s worn since arriving in Nascar. Stewart-Haas Racing team co-owner Tony Stewart broke his back in off-season four-wheeler shenanigans, leaving Patrick as the team’s main focus for the 500. Her smooth driving style suits the super speedway races, so she could surprise.

4. The same drivers as usual will run at the front.

NASCAR’s super speedways, the tracks at Daytona and Talladega, have used restricted engines ever since Chase Elliott’s dad ran 210 mph at Daytona in 1987 and scared the bejeezus out of series officials. Racing with the restricted engines on the wide-open big tracks requires a special touch, which only certain teams and drivers seem to have. Keep an eye on proven drivers here, like Denny Hamlin, Kurt Busch, Kyle Busch, Joey Logano, Matt Kenseth and Jimmie Johnson.

Earnhardt knows where the winner’s circle is here, having won 17 races at Daytona over the years, including one of Thursday night’s Can-Am Duel 150s, which put him on the second row of the starting grid. The 2014 Daytona 500 winner, Earnhardt trails only his father and the absent Tony Stewart in career wins at this track, so barring unexpected problems, look for fan favorite Junior to be showered in confetti after the race.